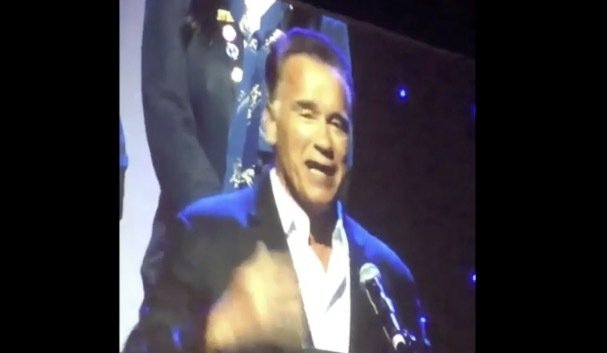 WATCH: Arnold Schwarzenegger jokes after being attacked in Africa.

During the opening ceremonies of the 2019 Arnold Classic Africa IFBB Elite Pro show, Arnold Schwarzenegger joked about the moment he was attacked while touring the events at the 2019 Arnold Sports Festival Africa.

Arnold joked about the incident by saying that the guy hurt his foot when he hit a man with a metal skeleton, referring to the Terminator.

What is most important is that Arnold is ok and in good spirits. The incident did not hamper the weekend in any way.

Arnold did not press any charges against the man that kicked him from behind.