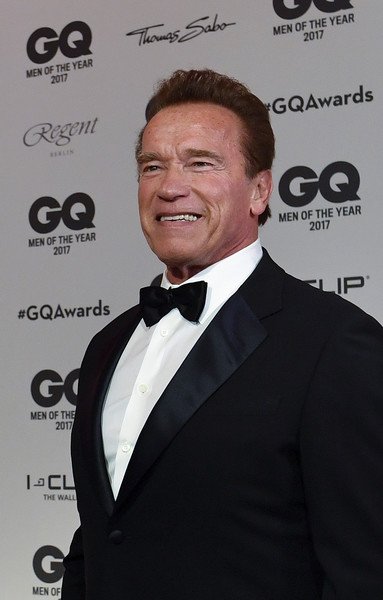 Arnold Schwarzenegger was in Berlin yesterday, (9 November 2017) to take part in the 2017 “GQ Men of the Year Awards”

Arnold was awarded the “Legend of the Century” award for his accomplishments in bodybuilding, acting, politics and mostly for giving back to society.

Arnold’s son Patrick was also present to give his father the prestigious award.