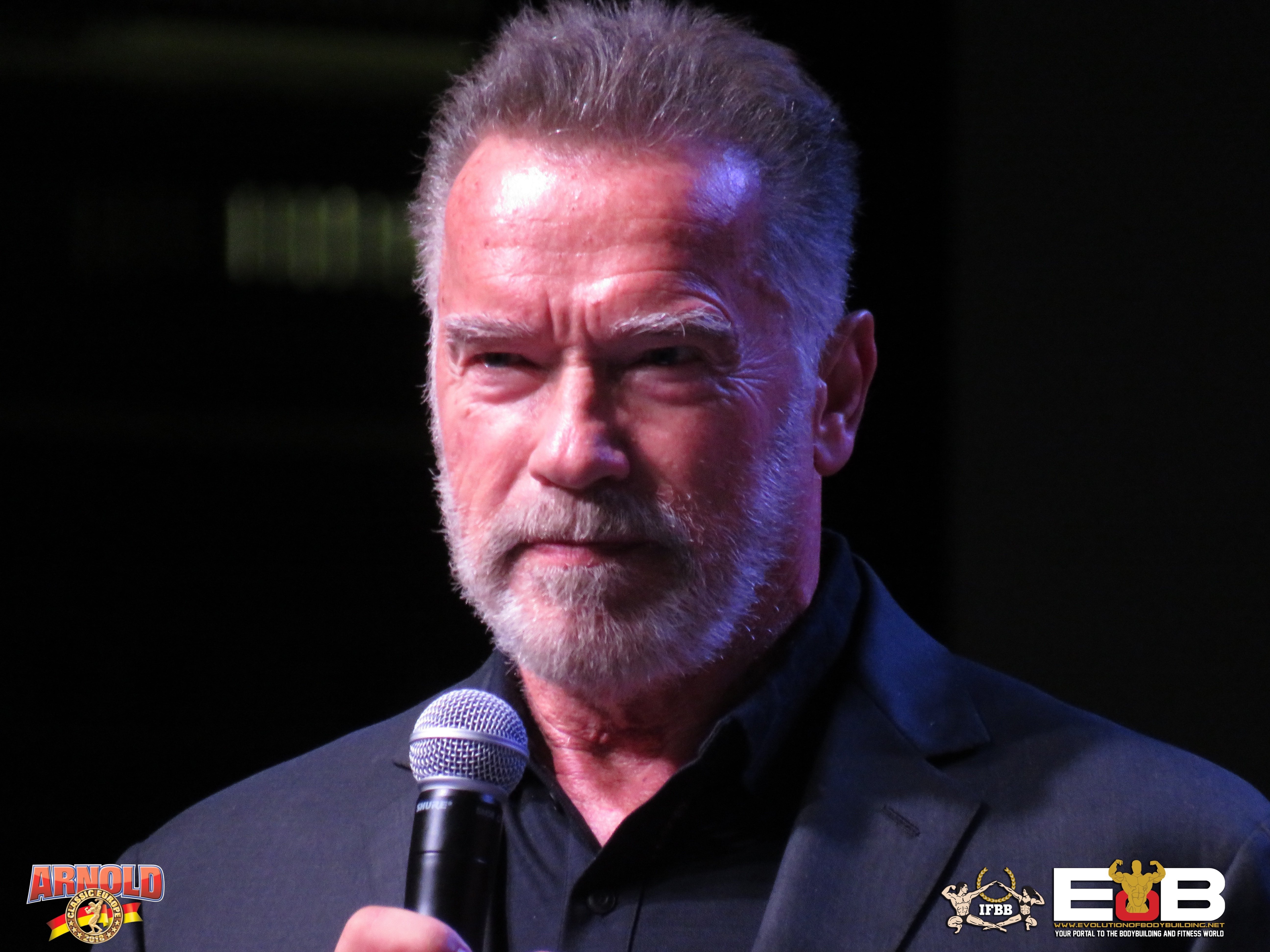 The subject of drug testing has been one of the most controversial and debated subjects in the sport of bodybuilding and fitness.

In a recent seminar with Arnold Schwarzenegger at the 2019 Arnold Sports Festival Africa, Schwarzenegger talked about the subject of drugs and bodybuilding.

Before the split in 2017, all the amateur competitions were sanctioned by the IFBB and were run under the watchful eye of WADA (World Anti-Doping Agency).

After the split, many NPC supporters predicted that the IFBB will suffer because of their drug testing, but the opposite happened. Athletes registering for contests increased drastically.

The difference between these two federations is that all IFBB (President Dr. Rafael Santonja) amateur competitions are affiliated with WADA and random testing is done at more than 2000 bodybuilding and fitness competitions all over the world.

The NPC (President Jim Manion) has no drug testing in any of their amateur events.

Ben Weider dedicated his entire life to get the IFBB into the Olympics and this dream has been kept alive by his successor IFBB President Dr. Rafael Santonja. The dream of the IFBB being involved in the Olympics has basically come a reality as the IFBB are participating in a number of events associated with the Olympics. As well the IFBB is recognized by a majority of Olympic committee’s in countries all over the world.

To be affiliated with Olympic committee all over the world the IFBB has to have their competitions organized under the strict rules of WADA, meaning random testing during bodybuilding events. If an athlete fails a test, they will immediately get suspended by the IFBB.

The IFBB is the only authority in bodybuilding, whose anti-doping program is in full compliance with the WADA Code.

Moving over to the NPC, they absolutely have no testing for their amateur events. The NPC is privately owned business run by President Jim Manion.

Even though the NPC/Pro League use Ben Weider’s name in various competitions, they are actually going against and ridiculing everything Ben Weider worked so hard for.

Another important fact is that Jim Manion is listed in the WADA Prohibited list of Associations, for committing anti-doping rule violations.

This means that all Athletes are prohibited from associating with any such Athlete Support Personnel pursuant to Article 2.10 of the Code. However, Athletes should be aware that they are also prohibited from associating with any Athlete or other Person who is currently serving a period of ineligibility, and who has, while ineligible, acted as an Athlete Support Person

Jim Manion never followed WADA rules when he was the USA affiliate to the IFBB before 2017. Ignoring these rules resulted in him and his association being on the WADA Prohibited List of Associations.

This is one of the reasons the new NPC Worldwide is having a number of problems when trying to take their competitions internationally. Many countries take WADA seriously and will not let a sporting event take place without testing and especially if their president is already banned. As well, the IFBB is the only recognized bodybuilding federation in a majority of countries. This is a result of the years of travels and meetings by Ben Weider and now IFBB President Dr. Rafael Santonja.

Getting back to Arnold Schwarzenegger, what does he have to do with all of this? Well, if Arnold wants to clean up the sport of bodybuilding and fitness, he will have major problems when it comes to his shows run under the NPC.

Since NPC/Pro League President Jim Manion is banned till 2025, Arnold Schwarzenegger in reality should not even be organizing his competitions in the USA, Australia and Brazil under the NPC. Arnold will have no chance of testing athletes with the NPC as they are a banned association. Arnold is going against one of the most powerful associations (WADA) in the world when it comes to promoting heath.

Arnold’s comments in Africa will cause a lot of confusion for the shows being organized in 2020. Arnold’s shows in Europe and Africa are in line with WADA while Arnold will have to decide what happens in the USA, Australia and Brazil. Will these shows be drug tested or not?

Arnold made a slight mistake by saying that to start tackling the problem of drugs in sport, they introduced drug testing by WADA at the 2019 Arnold Classic Africa as an example. But, Arnold seems to have been misinformed. Drug testing by WADA has been associated with the IFBB since 2004 and as mentioned in the beginning of this article, over 2000 IFBB sanctioned competitions are being drug tested by WADA each year.

Obviously the financial aspect of every show has to be taken in consideration but the athletes have to come first and surely it is not in Arnold Schwarzenegger’s interest to be involved with people or associations banned by WADA.

As many delegates and promoters who work with the NPC laugh at WADA and insist they are not a part of WADA. They are underestimating the power of this association. It was just last year when WADA banned Russia completely from Olympic events. This is something to think about.

In 2018, most probably without Arnold knowing, he presented the 212 Arnold Classic Award to Kamal Elgargni, an athlete who was also suspended by the IFBB for failing drug tests by WADA.

In 2019, the 212 division of events were not included in the Arnold Classic events organized by the NPC/Pro League. Evolutionofbodybuilding.net believe it was Arnold’s decision to remove this division so that Kamal cannot defend his title, contrary to the organizers saying it is not a popular division.

During his seminar, Arnold also talked about the problems with steroids at gyms. Arnold said that at the gym he trains at, he immediately notices that a number of people are pumped up with drugs.

Arnold continued by saying that it’s called “bodybuilding and not body destroying”. Bodybuilding has to be a healthy sport and not something that destroys people.

Arnold has some important decisions to make for the future of his competitions.

Does he want to work solely with the IFBB and IFBB President Dr. Rafael Santonja and organize competitions in accordance with WADA?

Or does he want to work with a WADA banned association such as Jim Manion and the NPC?

If Arnold does want to really promote health and fitness, the decision is obviously to work with the IFBB and not the NPC.

Obviously, NPC supporters and partners will try to convince Arnold otherwise, but this is most probably for financial reasons.

This is a very delicate situation and something that Arnold will have to decide very soon.

If he wants to leave a legacy of someone who was a crusader for health and fitness, the logical decision would be to work with the IFBB and IFBB President Dr. Rafael Santonja for all his contests.

If Arnold wants to contradict what he is preaching, he can continue with the NPC and not bother to preach about a healthy lifestyle as his amateur competitions with the NPC will be a free for all and go against everything he is promoting.

A number of athletes suspended by WADA and the IFBB have moved over to the NPC since they do not bother taking these suspensions seriously since the split in October 2017.

Jim Manion and the NPC cannot fool Arnold forever, it was Arnold himself who made these comments about drug testing at contests in Africa during his seminar.

Arnold is the last person in the world that wants his fans and fitness enthusiasts saying he does not follow what he preaches during his seminars.

The IFBB and IFBB President Dr. Rafael Santonja are keeping the dream that Ben Weider had for the sport of bodybuilding alive and they are making many of Ben Weider’s dreams a reality.

Arnold Schwarzenegger must not forget that Joe and Ben Weider were the two brothers that helped him become what he is today.

If the NPC/Pro League are going against everything Ben Weider worked so hard for in relation to drug testing and Olympic recognition, why is Arnold Schwarzenegger still working with them? This is a question only Arnold himself can answer.