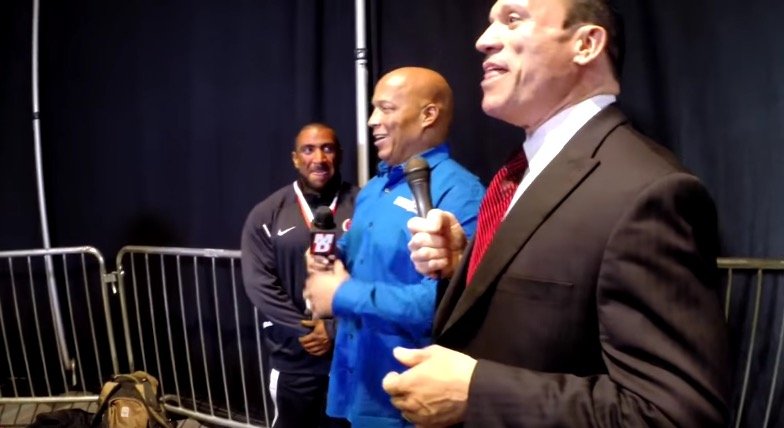 The action was not only on the 2017 Arnold Classic stage but also backstage during interviews.

It was Shawn Ray vs Dave Palumbo.

Dave Palumbo is insisting that Shawn Ray pulled 2017 Classic 212 winner Ahmad Ashkanani away from him as he was about to do an interview for RXMuscle.

Both websites released footage. MD were quick to release the footage. As for RX, they released the footage much later, obviously adding their touch to it with web stats to show their popularity and other information.

With all this footage, we still have to see Shawn Ray pulling Ahmad Ashkanani away from Dave.

The battle between Muscular Development and RXMuscle has surely gone to the next level!!

You have to watch this!!