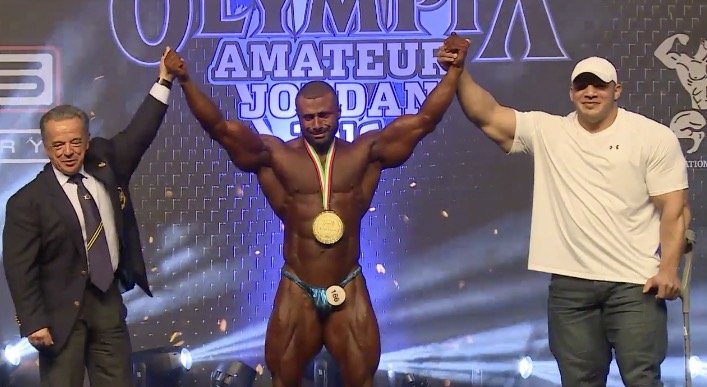 This past weekend the 2016 Olympia Amateur took place in Jordan and Big Ramy was the star to present the overall title to the winner.

Back in October it was revealed by Chris Aceto (see video below) that Big Ramy picked up a injury when he was in India guest posing.

Apparently when Big Ramy was trying to get back on the stage, he injured his knee.

Back then it was said that it was not a real serious injury.

Well, yesterday (19 November, 2016) Big Ramy came on stage in Jordan walking with the help of crutches. It did not look like Big Ramy was comfortable and it does not look like a minor injury.


Big Ramy presents award on crutches from Evolution of Bodybuilding on Vimeo.

Big Ramy’s injury in India back in October 2016