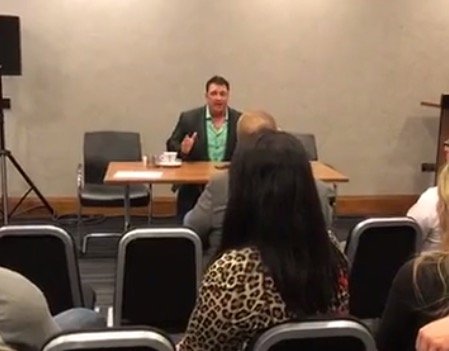 Watch the full press conference of Bob Cicherillo in the UK promoting the future shows of the IFBB Pro League/NPC.

Since the split between the IFBB Pro League/NPC and the IFBB International/IFBB Elite Pro League, Bob has been the main ambassador for the NPC.

Bob made the trip to Birmingham, UK, to explain the future plans of the NPC in Europe.

Bob will be involved in two confirmed shows in 2018. The first date is 10-11 March – the London Royal Pro taking place at the Olympic Park in Stratford.

IFBB Pro cards will be awarded at this show. Overall winners will qualify for the 2018 Olympia Weekend.

Meanwhile on the other side of the fence, IFBB President Rafael Santonja appointed former IFBB promoter, Wayne Demilia to head the setup of the IFBB Amateur league in the USA.