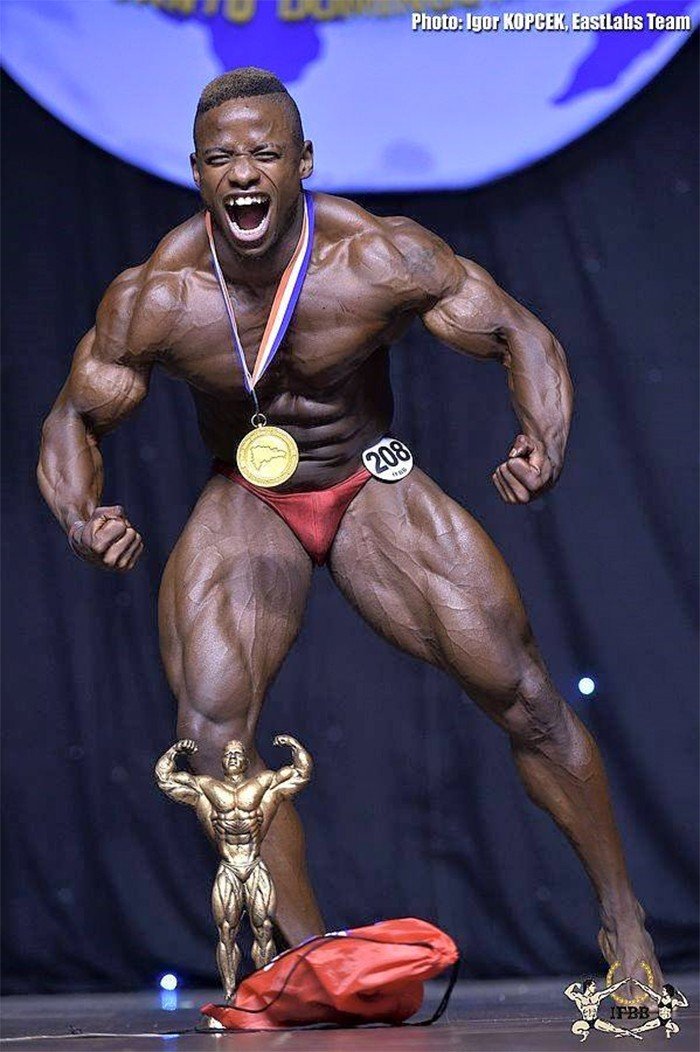 A bodybuilder who was laughed at after a failed attempt to perform a backflip at a competition died because of injuries suffered in the stunt.

Sifiso Lungelo Thabete’s attempt to entertain the crowd as he entered the arena went horribly wrong when he didn’t rotate far enough and landed on his head, breaking his neck.

The incident was caught on camera and you can see a number of people coming to help.

He ran into the center of the mat and launched into the backflip before hitting his head. Thabete lay motionless on his side before rolling onto his back.

The first man to attend to him lifted his legs up before several others joined in to help.

The incident took place this past Saturday during a local bodybuilding event in Thabethe’s hometown of Emlazi.

This should not be done during sporting events by athletes. A number of IFBB Pro bodybuilders do these type of flips and with their heavy weight, it all can go wrong.

The IFBB should look into this and ban it from posing routines and guest posing.

Sifiso Lungelo Thabete was an International Federation of Bodybuilding and Fitness Junior World Champion in the up-to-165-pound category who recently won an event at the IFBB Muscle Mulisha Grand Prix in July.