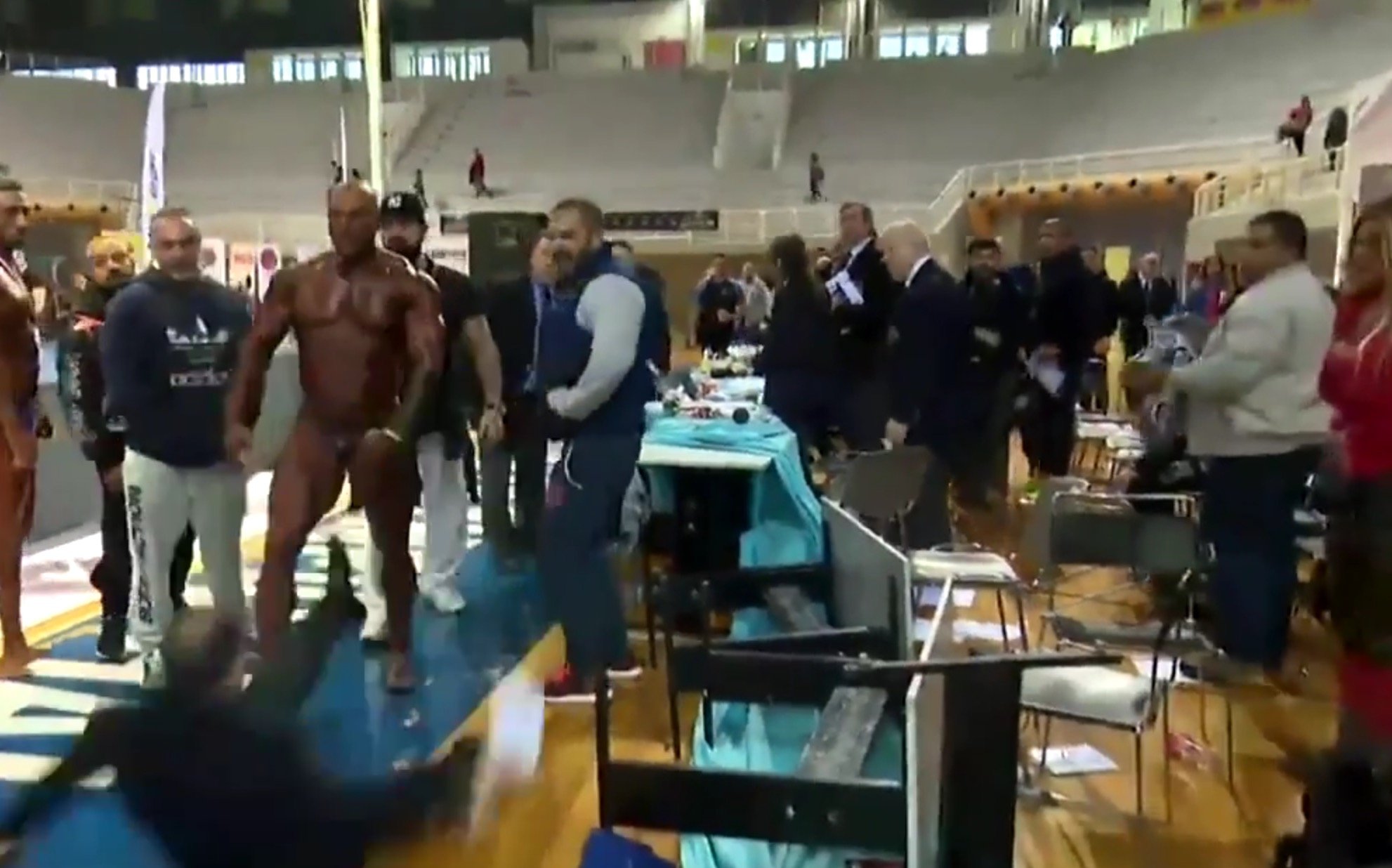 News just in the from the 2016 Diamond Cup in Greece.

who won his class did not win in the overall battle.

As this was his third time placing second overall.

He jumped of the stage threw all the judges tables and slapped IFBB’s MC Armando Marquez across the face.

Armando is one of the most respected individuals in the sport and IFBB. He travels the world weekly promoting the sport with IFBB President Dr. Rafael Santonja.

In the middle of the chaos, IFBB President Dr. Rafael Santonja was trying to calm things down.

Afterwards, the bodybuilder pulled out his penis in front of IFBB President Dr. Rafael Santonja.

This is why not everyone deserves a pro card, you must act like a pro before you become a pro!!

This should not be tolerated in any sport. The athlete should be suspended for life.

We (evolutionofbodybuilding.net) would like to give our full solidarity to Armando Marquez and IFBB President Dr. Rafael Santonja for the incident that took place in Greece today at the 2016 IFBB Diamond Cup.
There is no place for the actions that followed in any sport and especially in bodybuilding.
Armando is a true gentleman to the sport of bodybuilding and is one of the hardest workers in the organization.
The competitor that was involved in the incident should get the harshest penalty that the IFBB can give.
Every competitor should accept any result. If they have a problem, they should consult with the judges or officials afterwards in a professional matter.

The competitor Giannis Magos that reacted shamefully after his placing 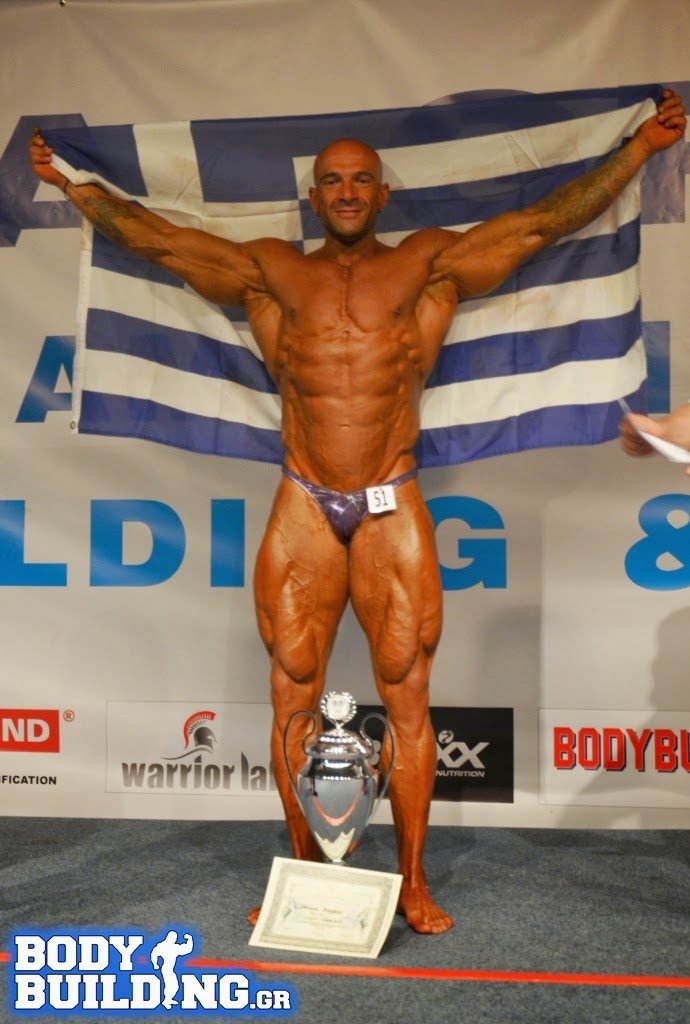