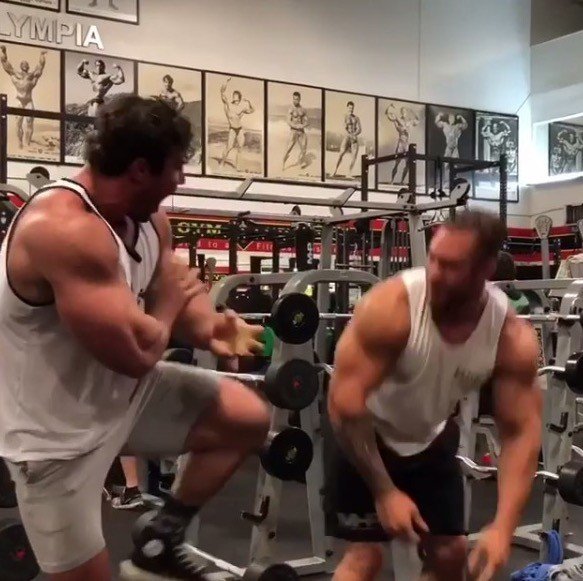 When athletes suffer injuries, especially in bodybuilding, we usually really feel bad for them as they will be kept out of the gym and will not be able to compete.

But, last week during a really stupid incident that could of been avoided. The popular athlete Calum Von Moger suffered a bicep tear while attempting a 400lbs bicep curl at the same time with IFBB Pro Chris Bumstead.

It could be, Calum’s recent surge in popularity after playing Arnold Schwarzenegger in the film ‘Bigger’ is getting to his head.

Incidents like this should never happen or even be attempted.

IFBB Pro Chris Bumstead is lucky he did not suffer an injury as well.

A few days later, Calum posted on Instagram that he is bruised and will never do that again… no use crying about it now! 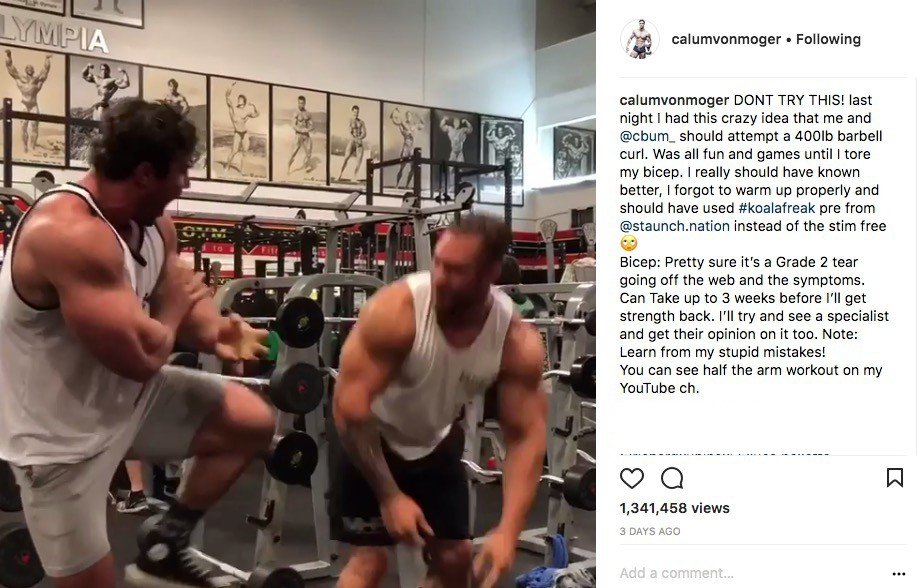 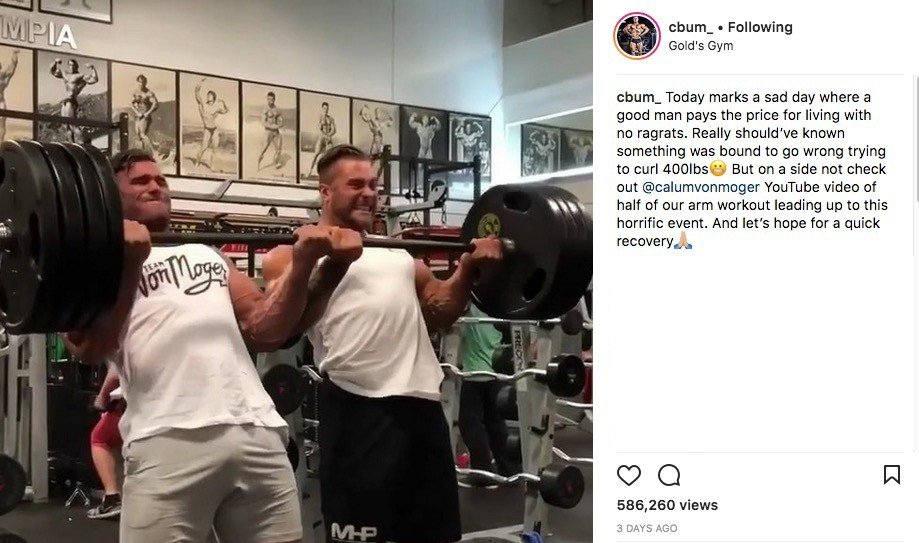