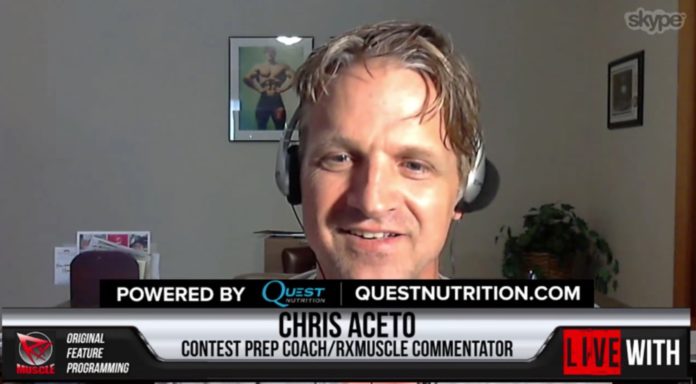 RMuscle.com produce a lot of internet shows and when you take away all their criticism of their media competitors they do actually produce some decent shows.

Chris ‘The Technician” Aceto is a regular on RXMuscle.com’s shows but this week he was interviewed by Dave Palumbo.

Finally we get to see Chris in a different way. He was his usual self, but without the criticism of fellow guru’s and competitors.

Chris basically talked about his life from the beginning of his bodybuilding career as a competitor and as a coach, his battle with cancer and as well his religion.

Chris is one of the greatest bodybuilding coaches in the industry with a number of athletes like Jay Cutler achieving great success under his watch.

It was a joy to watch and it is always great to learn about the life of the people that had such a great influence on the sport as we know it today.

Another great show would be one with John Romano… Now that would be entertaining!!

If you missed it, you can watch it here: