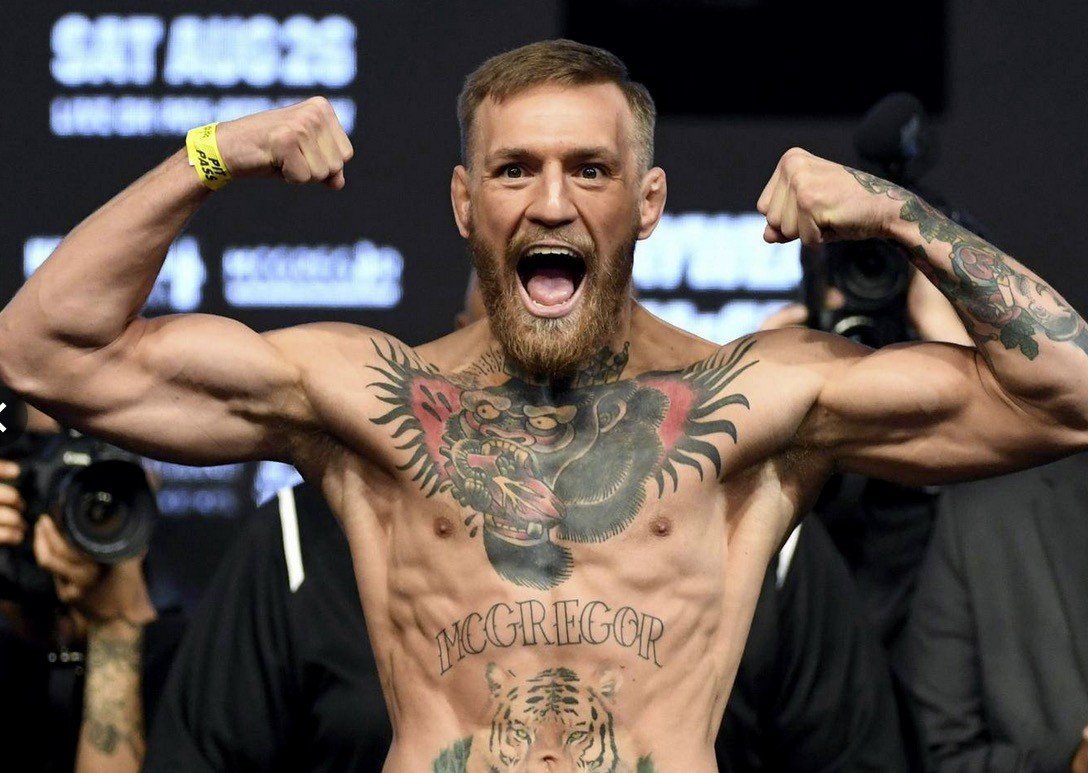 UFC fighter Conor McGregor was taken into police custody on Thursday following his actions at the Barclays Center in Brooklyn, New York City, earlier that after a UFC press conference.

According to various reports, he is expected to be charged with assault.

MMA Fighting reported that a charge is pending, according to an NYPD spokesperson.

“He turned himself in, and the investigation is ongoing,” the spokesperson said.

During a UFC media event at the Barclays Center on Thursday afternoon, McGregor invaded the building with his entourage and went to a backstage area. He was spotted attempting to throw a metal barricade and a trash can at a bus that was full of UFC fighters but was stopped by his group. He then ran to the other side and smashed one of the windows by throwing a moving dolly, all of which was caught on video.

Two of the fighters scheduled to compete at the UFC 223 event on Saturday Michael Chiesa and Ray Borg, were injured during the attack and had to be removed from the respective fights. Artem Lobov, who was part of McGregor’s posse and was backstage with him at the time, was also yanked from the card as a disciplinary action.

UFC president Dana White sat down with ESPN reporter Brett Okamoto after the incident and went so far as to say a warrant was out for McGregor’s arrest, but that was dismissed by a report from ABC News.

“You can imagine he’s going to be sued beyond belief and this was a real bad career move for him,” White said.

McGregor was reportedly attacking the bus because he wanted to get his hands on UFC fighter Khabib Nurmagomedov, who allegedly cornered Lobov along with his fight team at a hotel on Wednesday.

“If you don’t like Khabib and you don’t like what happened, then fight Khabib. You can come in here and do it legally. This fight’s happening Saturday, you could’ve talked and made the Khabib fight happen right after. You could do whatever you wanted to Khabib within the limits and rules of fighting. You want to grab 30 f—ing friends and come down here and do what you did today? It’s disgusting,” White added.

While he was once a two-division champion in the UFC, McGregor has not fought for the promotion since late 2016.

Thursday afternoon, following the UFC 223 media day at Barclays Center in Brooklyn, an incident in the facility injured two athletes on Saturday’s card, forcing them to be pulled from the event.

Lightweight Michael Chiesa, who received several facial cuts, was deemed unfit to fight by the New York State Athletic Commission and the UFC medical team, and he was removed from his bout against Anthony Pettis.

Flyweight Ray Borg, who was scheduled to face Brandon Moreno, was deemed unfit to fight as well due to multiple corneal abrasions.

Also removed from the card was the featherweight bout between Artem Lobov and Alex Caceres due to Lobov’s involvement in the incident.

UFC 223 will proceed as scheduled with 10 bouts. Moving to the Pay-Per-View main card is the featherweight bout between Zabit Magomedsharipov and Kyle Bochniak.