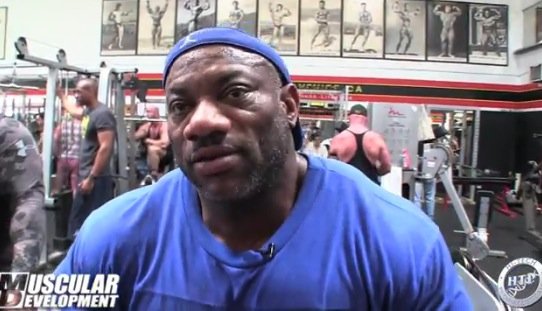 We continue to provide you with the best training videos of athletes preparing for the 2015 Olympia Weekend from all the best sites on the web.

IFBB Pro Bodybuilder Dexter Jackson trains hamstrings at the MECCA, Gold’s Gym Venice, 8 weeks out from the 2015 Mr. Olympia contest. In this video Dexter explains how he’s been working around a leg tweak & tells what he is weighing at this point.