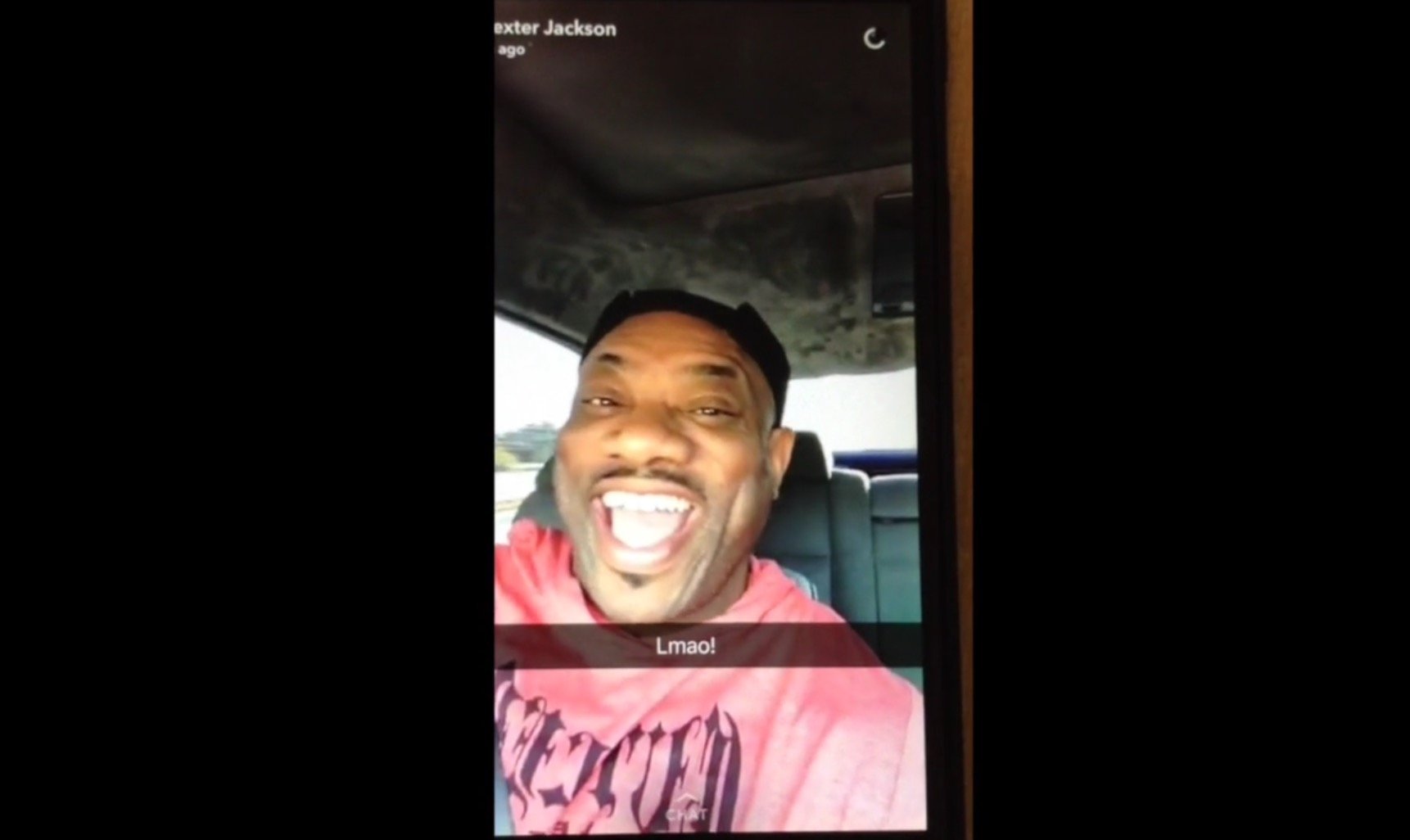 Dexter Jackson lately has been on of the favorites on social media.

What is great about Dexter is that he is being his true self and it is showing especially on his Snapchat account.

Always joking around, Dexter had a interesting post last Tuesday.

On Monday’s post, Dexter started by telling all his fans that he is back in the gym after a seven week rest.

Then on Tuesday you notice Dexter wearing a Jay Cutler t-shirt. Dexter went on to say (laughing) that he has no problem wearing shirts of his friends but now he is going to send over his line of clothes so they do the same thing.

The funny part of the post was when Dexter started talking about his battles on stage and how he used to defeat Cutler until he peaked and kicked Dexter’s butt.

Near the end of his post, Dexter then challenged Cutler (jokingly) to come out of retirement so they can do battle again.

Then Dexter finished by telling all his fans to send messages to Cutler to get back on stage.

So, will Jay give Dexter an answer?