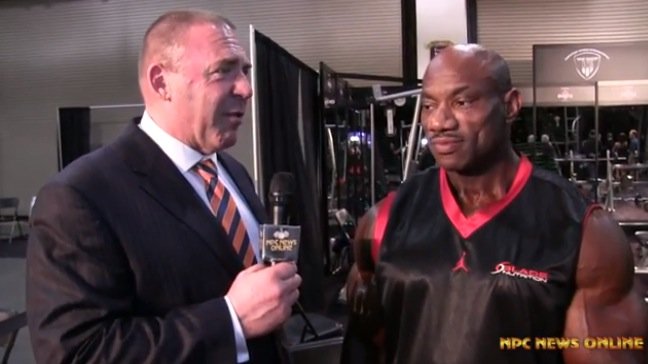 Dexter Jackson talk to Tony Doherty of NPC News Online about his career and record number of Mr. Olympia appearances.

During the interview, Dexter Jackson admits (with a smile) that Shawn Ray may have more top five finishes, but he has one Sandow trophy sitting at home after 15 appearances at the Mr. Olympia and that is enough for him.

Also at the age of 45, Dexter still looks great and his fifth place finish means that he still can compete with the big and younger athletes.

Read More:
The making of a champion: Dexter Jackson