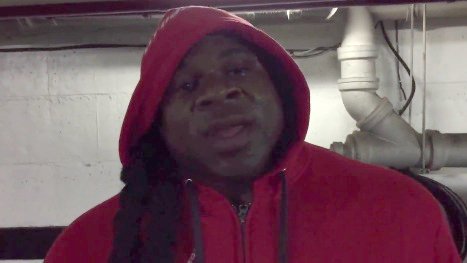 The Kai Greene episode seems to have not ended. Kai Greene just released another video begging the fans not to blame Jim Manion and the rest of the IFBB staff.

We’ve been receiving a TREMENDOUS amount of support for which I can not simply put into words but more so in actions that can show themselves to be ever given to everyone!
I’d like everyone to be mindful as the ‪IFBB‬ & ‪NPC‬ are not responsible for the outcome of which has presented itself.
Jim Manion / Rafael Santoja / Steve Weinburger and all the judges around the world all have been supporters of my vision and we encourage to continue to support the organizations.
We’ve worked extremely hard to present ourselves on stage this weekend and I recognize that I am not the only one… Let’s please shift attention, to the many competitors competing this weekend, for they have sacrificed just as much to be on stage.
We must support them as after-all they do it for you guys! Wishing my fellow competitors & friends much success this upcoming weekend.

But Kai continues to give hints that he was preparing for this event and something behind the scenes prevented him from taking part at the 2015 Olympia.

The truth has to come out soon as many people are coming up with their own theories, and in the long run, it will only hurt the image of Kai Greene himself!!

Related stories: OFFICIAL: Kai Greene is out of the 2015 Olympia!! 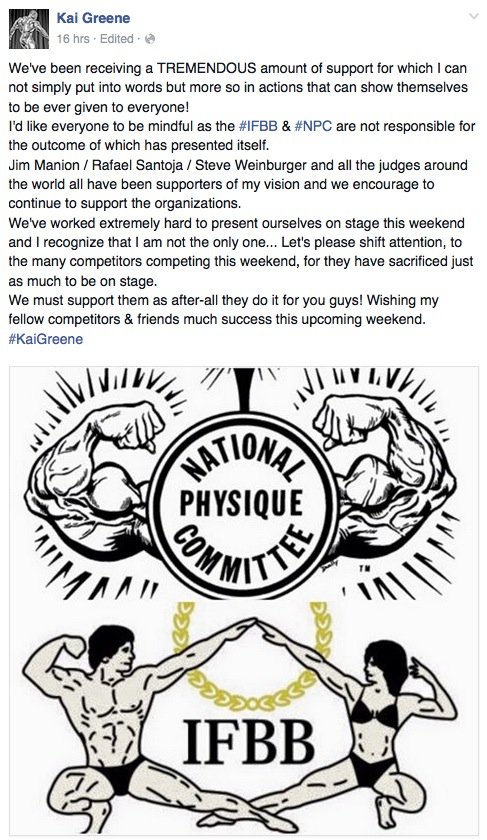