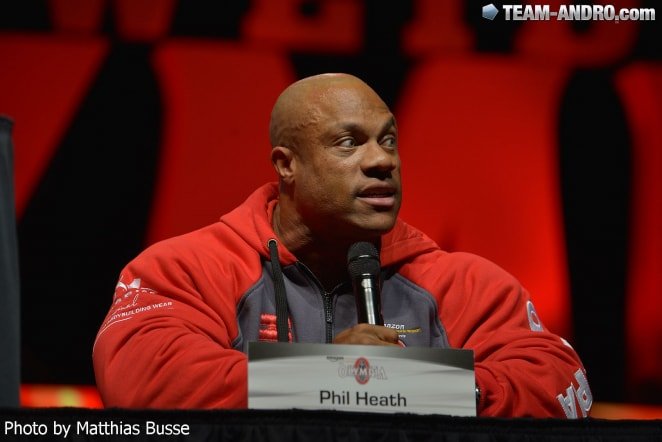 During the 2017 Mr. Olympia press conference a number of exchanges were heard, but the one that will be remembered is when a fan asked about the whereabouts of Kai Greene and why he did not accept the ‘special invite’ to compete at the 2017 Mr. Olympia.

Bob Cicherillo was quick to answer and say that the Olympia does not need Kai Greene and he has moved on to other personal projects.

Then the microphone went to his biggest rival 6X Mr. Olympia Phil Heath who spoke for all the athletes.

Phil said that they don’t need Kai Greene as well and that all the fans and athletes in the sport should respect all the men and women that worked so hard to qualify to earn a place on the Olympia stage and not wait for a special invite.

Phil Heath said that he has new competition and he is happy about it and it is healthy for the sport.