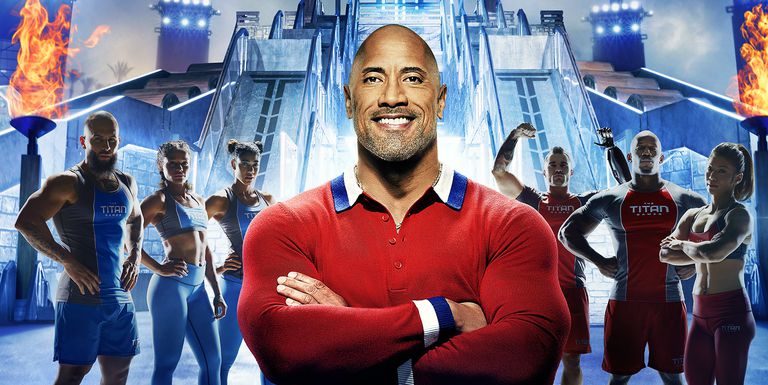 WATCH: Dwayne ‘The Rock’ Johnson’s TITAN GAMES to premier in 2019.

Dwayne ‘The Rock’ Johnson never fails when it comes to creating new projects that keep every fitness fan on the edge of their seats.

Balancing family, acting and as well a hardcore training schedule would drive some people crazy, but for Dwayne it is just another day of work.

Dwayne is the most popular actor in show business at the moment and now he has focused his energy on producing a fantastic new TV series with his company Seven Bucks Productions.

The new series The Titan Games is an upcoming sports competition series set to air on NBC. Hosted by Dwayne Johnson, the show will feature people from across the United States competing in an arena against one of six reigning “Titans” in a series of endurance-based mental and physical challenges of “epic proportions”.

If successful, the competitor will become a member of the group of Titans, who will have to defend their title every week against new competitors in order to remain in the group. The season finale will feature the remaining Titans challenge one another to determine the last male and female standing.

An Exclusive Look at the Competitors on The Titan Games

The format is similar to that of American Gladiators.

Over 10,000 insanely athletic people applied for our @nbctitangames. I only chose 64. That’s it. 64. I wanted to create a platform for everyday men and women with passion and athleticism to shine and become TITANS. Here’s my 64 TITAN hopeful for our inaugural season 1 of TITAN GAMES. JANUARY 3RD ON @NBC. #DJs64 💪🏾

“The Titan Games,” which will provide a once-in-a-lifetime opportunity for everyday people willing to take on its physical and mental challenges, will premiere Wednesday, January 2 at 9pm PT/ET on NBC.

McHugh, Mendez and Champion join the 10-episode series from Universal Television Alternative Studio, A. Smith and Co. Productions and Seven Bucks Productions. McHugh and Mendez will be paired in the skybox where they will provide in-depth analysis on the intense action and excitement, highlighting the physicality of each challenge and the mental resilience needed to succeed. From the floor of the electrifying arena, Champion will provide exclusive interviews that will unveil the heart, grit and intellect of each contender.

Inspired by Johnson’s desire to motivate global audiences to reach their potential for greatness, this unparalleled new athletic competition gives men and women across the country the opportunity to step inside the Titan arena and achieve the impossible. Competitors will push their bodies to the limit by battling opponents in unforgiving head-to-head challenges. “The Titan Games” will not only test the competitors’ physical strength, but also their mental and emotional fortitude. Throughout this uplifting series, hard work and determination will be rewarded and a new breed of heroes will emerge. Those who can withstand the challenge have the chance to become a Titan and win a grand prize of $100,000.

Liam McHugh currently serves as a host on some of NBC Sports’ most high-profile properties and events, including “Football Night in America,” the NHL, Notre Dame football and the Olympics.

Since 2010, McHugh has served as the lead studio host for “NHL Live,” the pre- and post-game studio show that airs prior to and after NHL telecasts throughout the regular-season and Stanley Cup Playoffs.. In August 2018, McHugh was named on-site host for “Football Night in America,” the most-watched sports studio show, which leads into “Sunday Night Football,” primetime television’s No. 1 show. McHugh also hosts NBC’s Notre Dame football coverage, including the pre-game show “Countdown to Kickoff.”

Before becoming a household name in esports, Mendez, a Bronx, N.Y., native, was a full-time social worker who competed in various action video games such as “Halo,” “Call of Duty” and “Gears of War” in his free time. However, family is a focal point for Mendez and he eventually decided to step back from esports competition to focus on his marriage and job. He used this time to start making online content, as well as build up his local Bronx gaming community.

Mendez may have ended his time as a competitor, but he was nowhere near done with esports. Mendez received an offer a couple months later from MLG that would set him on his course to becoming one of the most sought-after talents in esports. Hired as a commentator for a small tournament, Mendez rose to the occasion when he was called upon unexpectedly to commentate the Call of Duty national championship at the last minute. Esports community reception was instantaneous, and it has been onward and upward ever since.

In September 2018, Cari Champion returned to ESPN’s flagship daily sports news studio show, “SportsCenter,” to co-anchor the noon ET “Coast to Coast” edition from Los Angeles, along with Connecticut-based David Lloyd. Champion was originally named “SportsCenter” anchor in July 2015, and in February 2016 was named co-anchor for “SportsCenter Coast to Coast.” The show came to a close in March 2018, but has since been revived.

Prior to her most recent role on “SportsCenter,” she served as co-host of “SportsNation,” ESPN’s freewheeling and energetic afternoon show. Champion joined LZ Granderson and numerous guests to discuss the day’s hottest and weirdest sports topics in 30-minute episodes.

In addition to her role at “SportsCenter,” Champion hosts a weekly podcast with espnW, “Be Honest with Cari Champion,” where she takes an honest look at the world of sports and pop culture with the help of outspoken guests.