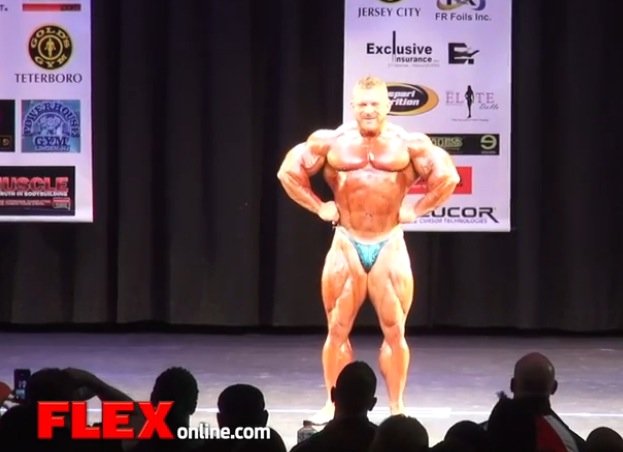 Watch the great Flex Lewis in his last stage appearance of 2014.
There’s nothing “typical” about a day in the life of an IFBB pro bodybuilder, but when you’re 3X Olympia 212 Showdown Champion Flex Lewis, “typical” can include spending your 31st birthday doing your last stage appearance of the year as the featured guest poser at the 2014 NPC East Coast Bodybuilding Championships! Watch Flex Lewis celebrate his birthday by inspiring others on Saturday November 15, 2014