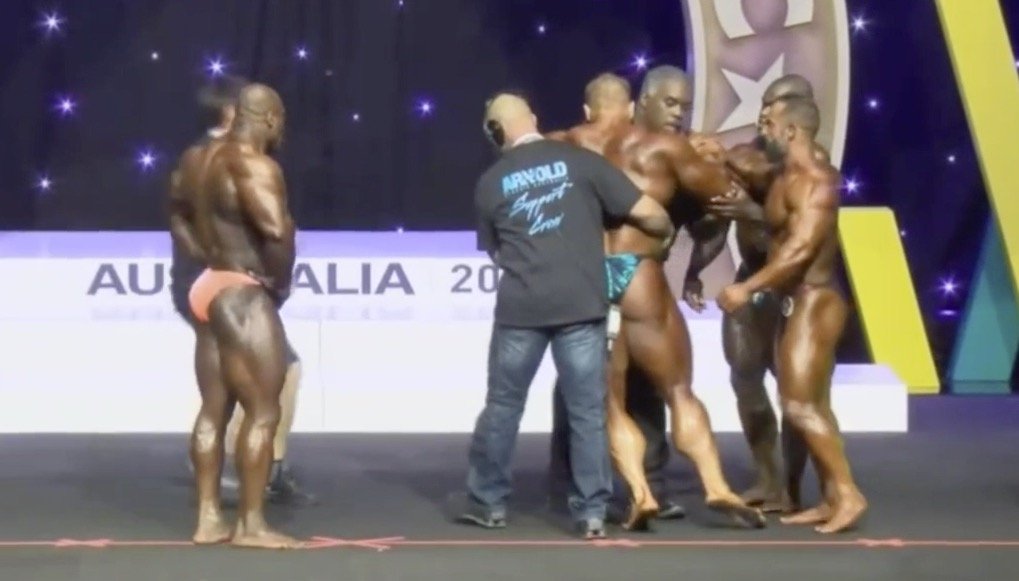 Footage has surfaced of Dallas McCarver collapsing on stage at the 2017 Arnold Classic Australia.

The bodybuilder that was one of the favorites to win the show had to be helped off the stage by contest helpers and the athletes.

The incident did not end there.

The incident started after Shawn Ray made public a discussion he had with Dallas McCarver.

Then Shawn Ray turned to Muscular Development’s forum to post a list of former athletes that worked with Chad Nicholls. All these athletes apparently suffered from serious health issues or even death.

These are some heavy accusations towards Chad and now a war of words is taking place on Muscular Development’s forum in the No Bull section.

Christian Duque of Strenthaddicts.com put it all into perspective in his latest video blog.