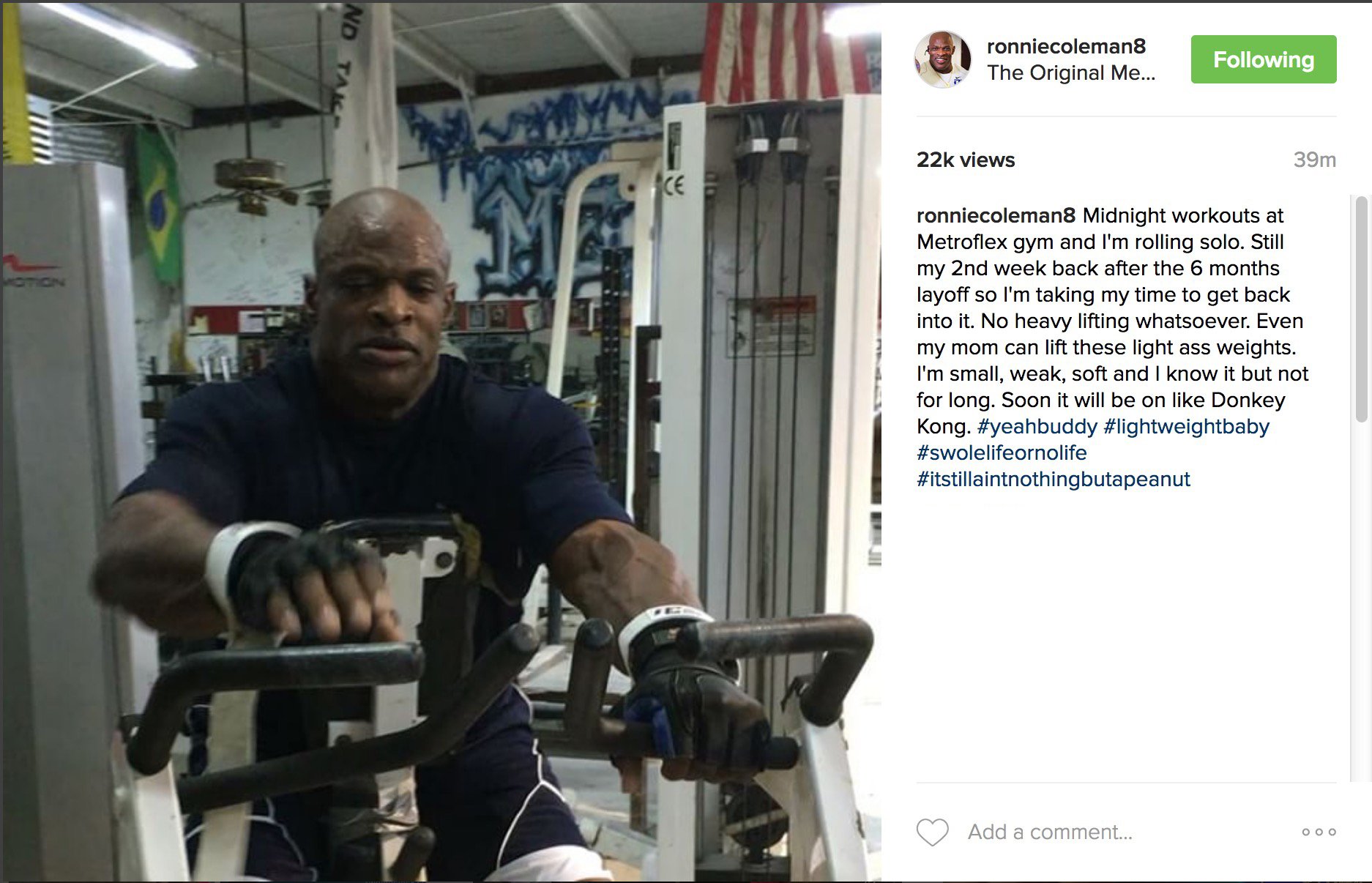 8X Mr. Olympia Ronnie Coleman is still working on his recovery after some major surgeries that he had done to his back and hips.

Coleman is still working on walking unassisted but he promises he will get back in shape after posting a message to his fans on his official Instagram page.

Ronnie admits he is still at a fragile state in his recovery process, even to the point were he admits even his mother can lift more weights than him.

This is what Ronnie Coleman had to say:

Midnight workouts at Metroflex gym and I’m rolling solo. Still my 2nd week back after the 6 months layoff so I’m taking my time to get back into it. No heavy lifting whatsoever. Even my mom can lift these light ass weights. I’m small, weak, soft and I know it but not for long. Soon it will be on like Donkey Kong. #yeahbuddy #lightweightbaby #swolelifeornolife #itstillaintnothingbutapeanut