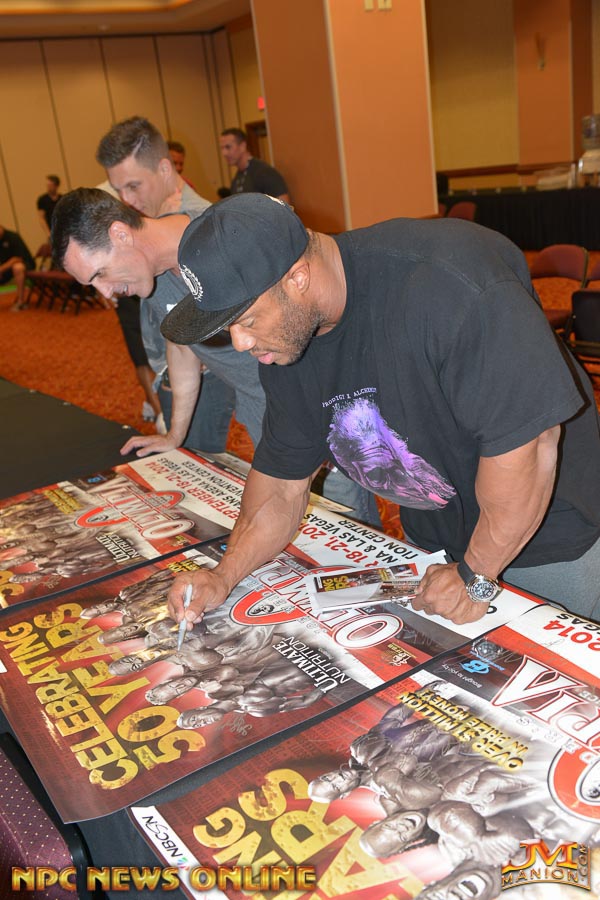 Phil Heath showed his frustration after noticing posters signed by Kai Greene indicated that he is the 2014 Mr. Olympia.

Phil talked about the same incident in 2013 in an interview on Flex magazine. Phil insisted that he would never do something like that if he was not the Mr. Olympia winner.

Checkout the video to see the incident.