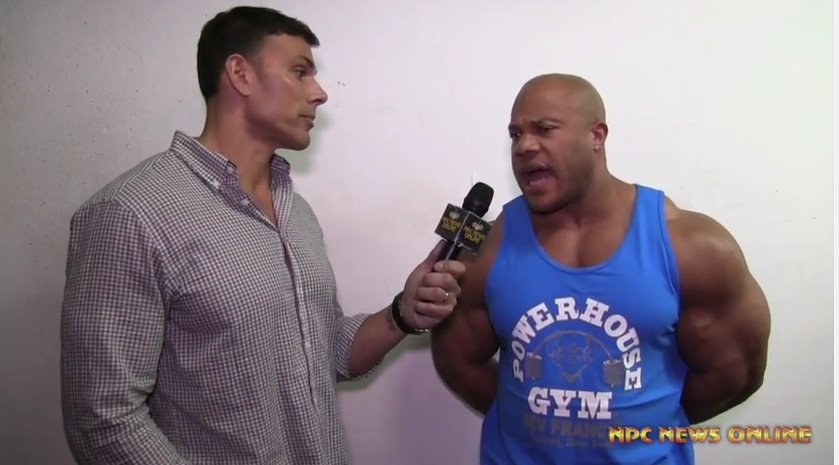 An uncensored video has been released of Phil Heath’s interview on NPCnewsonline.com.

During the video, Phil Heath talks about his competitors, his future plans and as well the famous subject of Arnold Schwarzenegger that we have been talking about if our recent posts.

The main subject that stood out was his opinion on Kai Greene and Big Ramy.

When asked about Kai Greene, Phil Heath immediately said that he has no chance to defeat him. On the subject of Bi’g Ramy, Phil went on to say that he is an amazing athlete, but he has a long way to go before he is a contender for the Olympia title.

Phil then went on to look straight at the camera and said “I want to let you know that I am not playing around. I am going to be training my ass off. I am going to be doing everything I am suppose to do, and I am going to enjoy whipping everybody’s ass this year. It’s not talking trash, it’s stating the facts!!”

In the year 2020, Phil Heath said that he will retire. Obviously hoping he will finish with 10 Olympia titles.