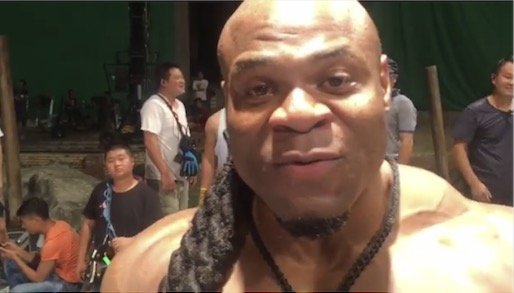 Kai Greene has always come across as a person that had big things planned for the future.

The multiple Olympia runner-up has starting working on his first film. It is now starting to make sense why Kai Greene basically is not putting all his efforts into trying to win the Mr. Olympia title.

Kai is looking at the bigger picture… literally. Any athlete would take any opportunity to star in his own film. As Kai said “thoughts become reality”.

Kai said that at the moment they are filming 12hrs per day and as well he is doing his own stunts. All bodybuilding fans will surely want to watch this film.

An elite bodybuilder has not been on the silver screen since the days of Schwarzenegger and Ferrigno. Kai has the physique for it and as well the charisma.

Kai Greene already made a name for him self with his range of comic books and making appearances at the famous Comic-Con. We must not forget his NFL slot on ESPN as well

This is a great start for Kai and we surely support his efforts. He has what it takes to succeed in his new adventure.

Now, if somebody wants to know why Kai Greene most probably will skip the Olympia again in 2017, this is definitely a main factor.

With all this going on, Kai Greene is still looking fantastic and can most probably win any show he would want to compete in.

The big question is… will Kai Greene step on the bodybuilding stage again?

This is what Kai Greene had to say:

We’re in #China filming for our first major movie role in the action packed movie called #CrazyFist where I play a character that battles off with the main character in the opening sequence. We are sure to set the bar high as we spend the next couple days filming and doing our very own stunts! The excitement of dreams coming true is beyond the description of words as we close off today’s 12 hour long filming!! and better believe I can do another 12 more right now!! Shout out to the cast & crew, the people behind the scene’s and everyone out their in the universe chasing laughable goals. Don’t ever stop! #ThoughtsBecomeThings!!!
–
#KaiGreene

Kai Greene in his first major film role from Evolution of Bodybuilding on Vimeo. 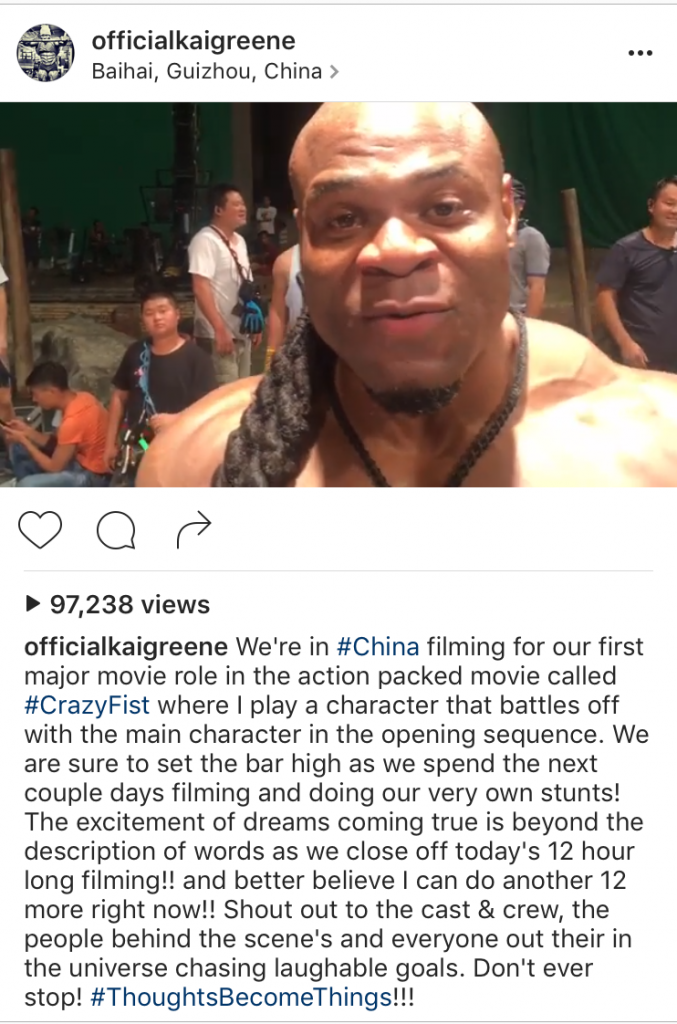