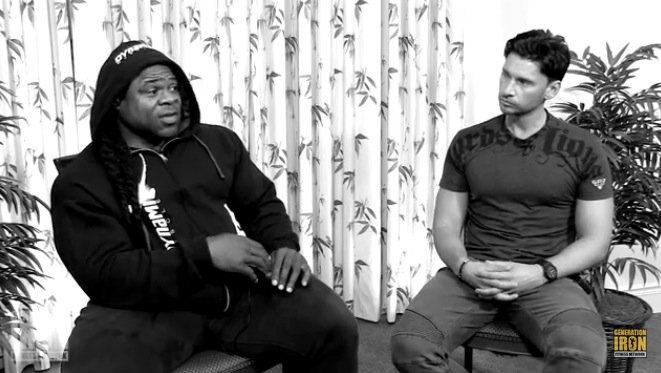 This is a very big weekend for both the Generation Iron Fitness Network and the fitness community as a whole. It’s the world premiere of my newest feature documentary, CT Fletcher: My Magnificent Obsession. And it’s also the Mr. Olympia weekend… where the world’s greatest bodybuilders battle to determine who is the best. I just landed in Las Vegas yesterday to not only prepare for the premiere of MY MAGNIFICENT OBSESSION – but to also attend the Olympia competition itself.

But before I could prepare for any of this… I had one thing on my mind. The earth shattering news that Kai Greene would not be competing in this year’s Mr. Olympia competition. As one of the featured bodybuilders in Generation Iron, I felt it necessary to meet up with Kai in person to get the final word on what exactly happened. What transpired that prevented Kai Greene from competing in the most important moments of his life?

No more rumors. No more speculation. This is the exclusive final word and the answer as to why we won’t see Kai on the stage this weekend. Find it all in my interview below: