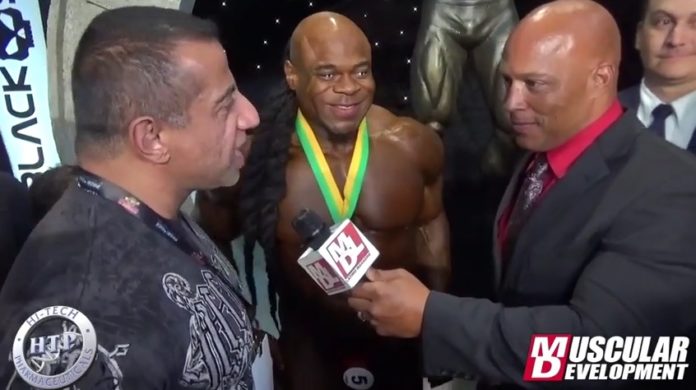 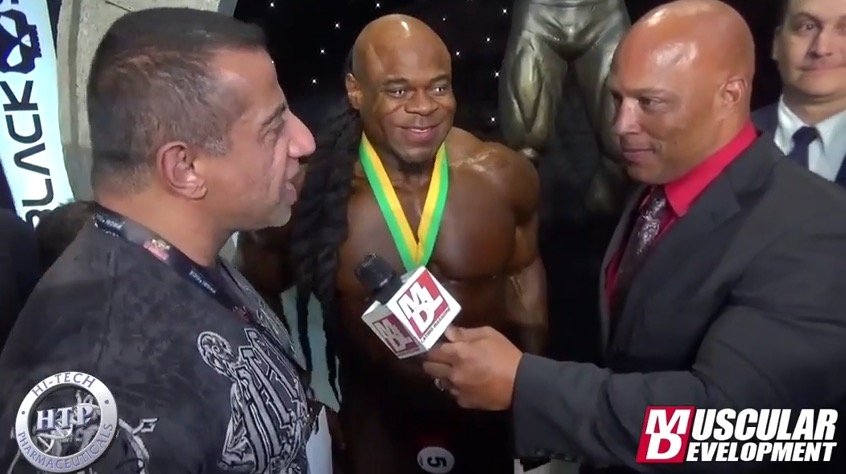 Muscular Development‘s Shawn Ray caught up with Kai Greene shortly after his big win at the 2016 Arnold Classic Brasil. Hear from Kai & his trainer, George Farah on potential contest plans for 2016.

When asked if we will see Kai and Dexter on the stage at the Arnold Classic South Africa, George Farah was quick to say the only place they will compete against each other is at the Mr. Olympia… but Kai seems to have other plans.