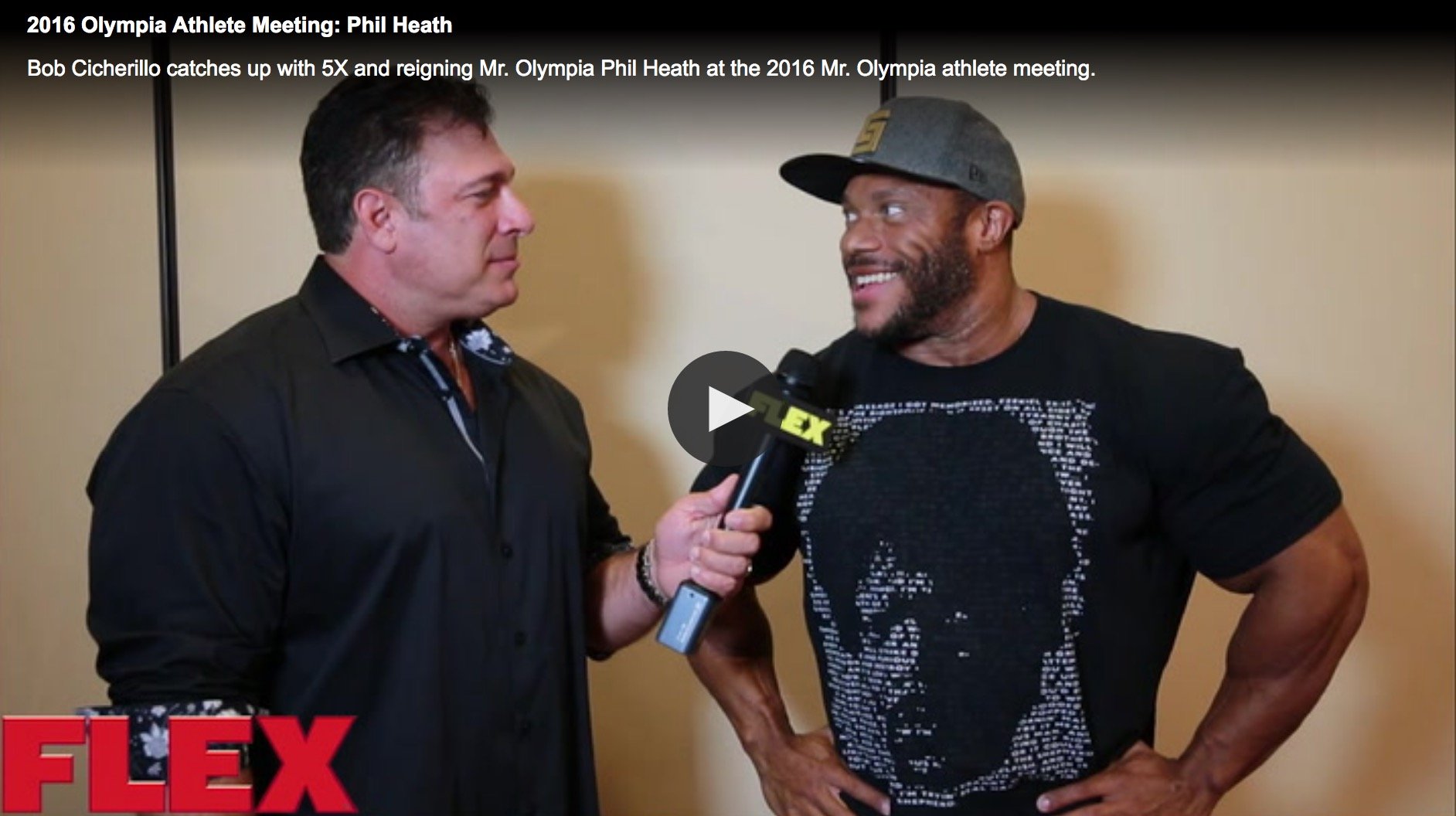 Flex Online’s Bob Cicherillo managed to ask Kevin Levrone and Phil Heath some questions regarding the 2016 Olympia after the athletes meeting.

Kevin mentioned that many thought he would not be able to make it after just five months to prepare for such a contest, but he made it. As well Kevin mentioned that he is not seeing the cheek bone appearing on the faces of the modern day bodybuilder showing extreme diet.

As for Phil Heath, the 5X Mr. Olympia looks determined to win his sixth Sandow trophy and that even though he respects all the athletes he is there to get a job done. As well Phil contradicted Levrone when he said not to many bodybuilders today do not have the cheek bone appearing. Phil continued by saying that it does not really matter, it is how the muscle appears on stage.

Watch the full interviews to see what Kevin and Phil had to say. 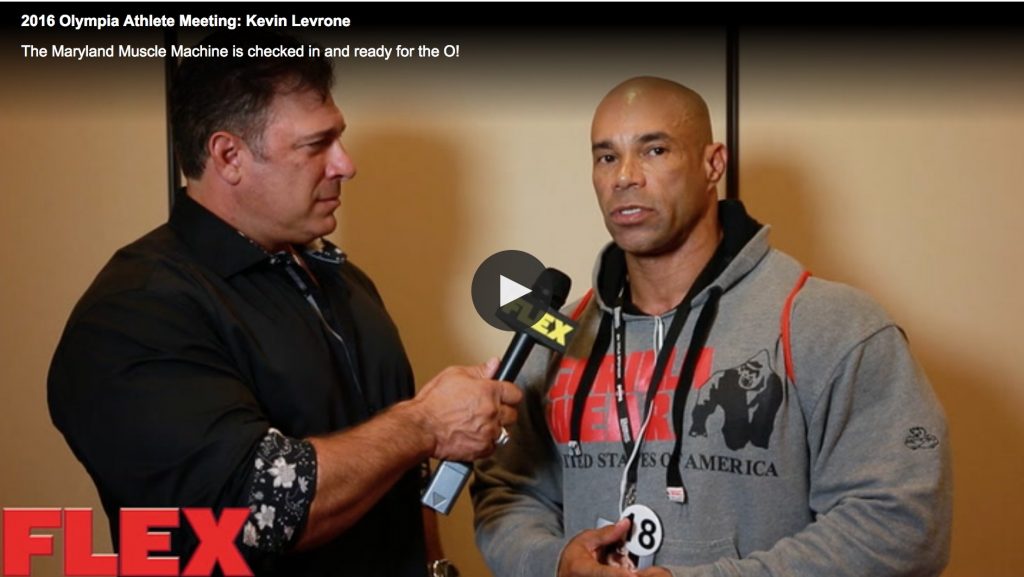 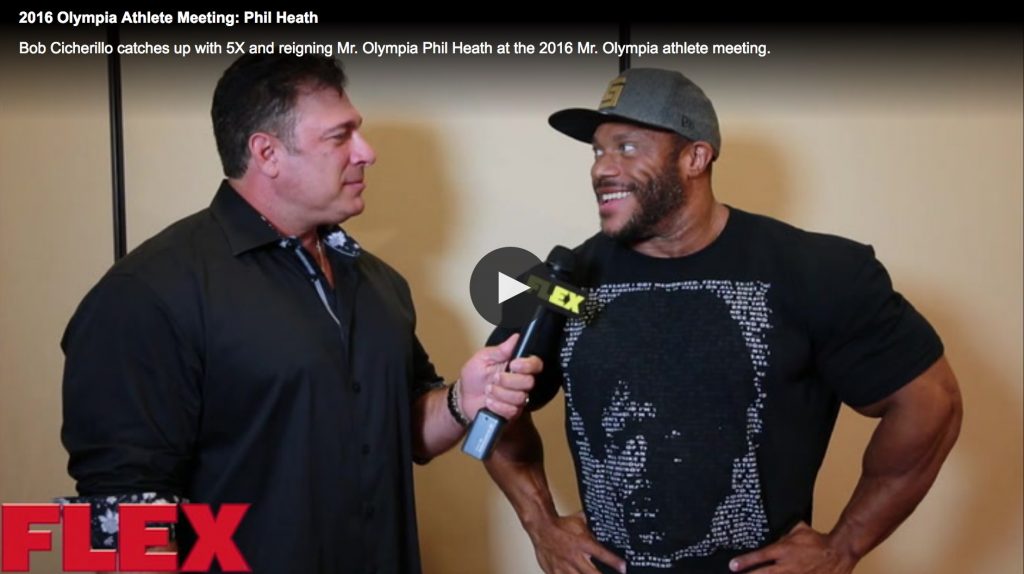