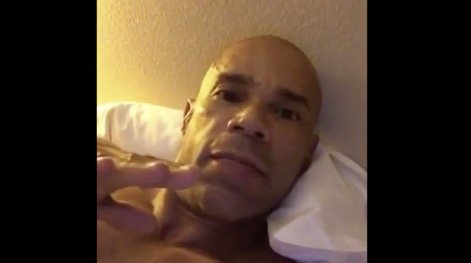 The recent comments on IFBB Legend Kevin Levrone did not fall on deaf ears in the last couple of days.

Kevin Levrone was first criticized by his so-called supporter Dave Palumbo regarding his recent guest posing appearance (Read the full story here: If you can do what Levrone did… Prove it to us)
That did not stop there. In a recent interview on Muscular Development’s The Last Rep, Shawn Ray gave his opinion on Kevin’s IFBB future and as well Flex Wheeler’s proposed comeback (Read the full story here: Flex Wheeler hints at possible comeback!)

With all the talk going around, it looks as Kevin will not stand for it and has confirmed that he will step on the stage in eight months time.

When he recovers from his recent knee treatment, Levrone is expected to hit the gym at 100%. And as we all know, eight months is ample time for Levrone to get in shape.

Kevin answered his doubters in a recent video that appeared on his official Facebook page.

Levrone did not mention any names, but he said they know who they are and if they can do what he did… prove it.

It seems the more people doubt Kevin, the more it pushes him to train harder.

We will surely not hear the end of this.

Watch the video below to hear Kevin Levrone’s response:

Kevin Levrone's response to his critics part 2 from Evolution of Bodybuilding on Vimeo.