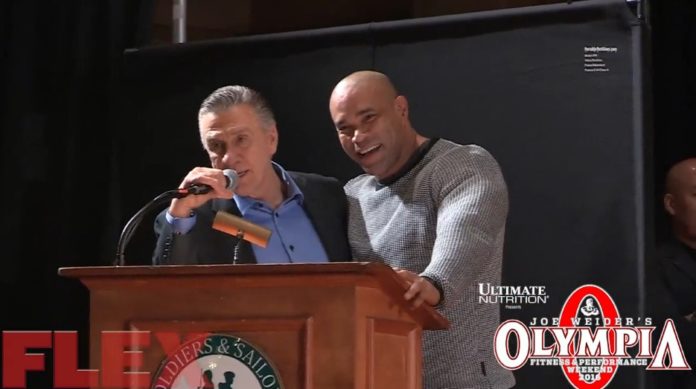 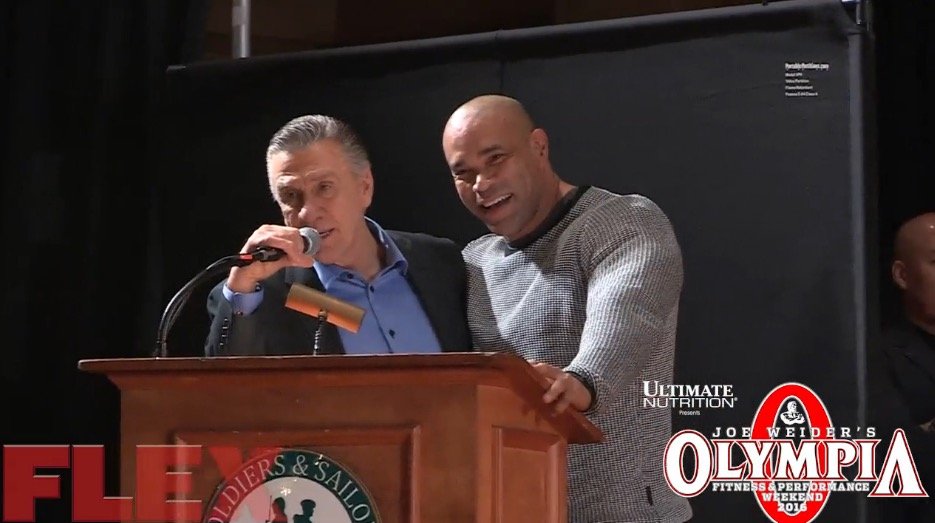 It’s finally official, after years of speculation, Kevin Levrone is coming out of retirement to compete at the 2016 Mr. Olympia.

Levrone made the official announcement at the 2016 Pittsburgh Pro and on Kevin’ official social media. IFBB Professional League President Jim Manion offered Levrone a ‘special invite’ to step on the Olympia stage meaning he will not need to qualify for the show.

During the last couple of years, Levrone has been slowly building his physique making the bodybuilding world speculate about a potential comeback.

Levrone has posted numerous videos of his recent medical checkups showing that he is in top shape to get ready for the Olympia.

evolutionofbodybuilding.net has worked closely will Levrone in the past year and numerous conversations had the subject of a possible return. Levrone always said that when the time is right… you never know. But during that period Levrone was focused on promoting his new product line and Levrone Classic. The Olympia bug has finally bit Levrone and he decided to take the challenge.

5X Mr. Olympia Phil Heath interviewed his potential opponent Levrone on NPCNewsonline.com of his comeback. Kevin was full of praise for all his future competitors and especially Phil Heath. Levrone was quick to tell Phil that he does not know what it feels like to get four second place finishes at the Olympia in his career.

Kevin will have a lot to chew at the 2016 Olympia. Kevin was a top contender in his day, but we must not forget the defending champion, hopefully Kai Greene (if he competes), Shawn Rhoden, Dexter, Big Ramy and the rest of the top stars that are already in shape.

Surely this will push Phil Heath to arrive in the best shape possible to defend his title!!

RXMuscles’s Dave Palumbo is really excited about this announcement. It is something that Dave has been talking about in recent years on his shows on rxmuscle.com.  Dave will surely talk about this in more detail in the coming weeks.

Dave published some comments immediately after the announcement on his Facebook page:

“Kevin Levrone entering this year’s Mr Olympia is the most exciting thing to happen to the sport of bodybuilding in the last 20 years. When Lou Ferrigno made his comeback, the energy and excitement was very similar except Ferrigno was 39 and Levrone is 49… Yet Levrone has a way better chance at placing very high (possibly winning) … If he were to win the Mr O, it might be the greatest comeback in all of professional sports…. Right up there with George Foreman winning the heavyweight title at 45 and Jack Nicholas winning his last major golf championship at 46.”

We at evolutionofbodybuilding.net wish Kevin all the best and are looking forward to seeing him on the Olympia stage!!

A big thanks to Shawn Ray and Muscular Development for the great footage of the official announcement!!

Interview with Phil Heath on NPCNewsonline.com 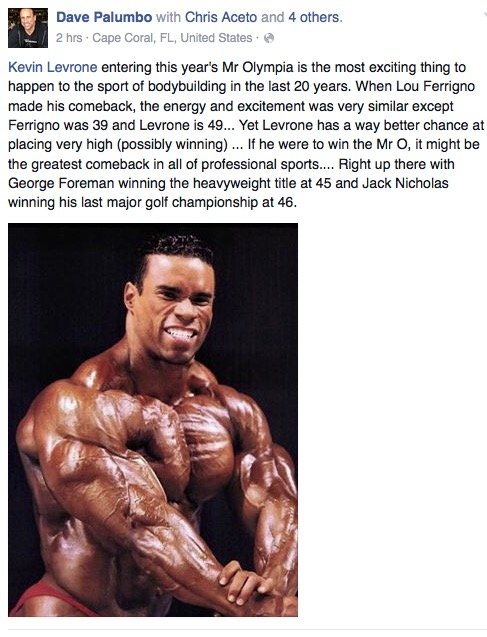