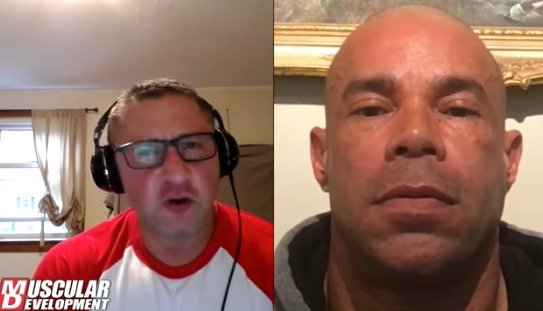 Kevin Levrone talked about his future plans and as well the controversy about the bubble guts on the Olympia stage.

Kevin Levrone spoke to our Muscular Development‘s Ron Harris in a recent interview earlier this week.

Kevin spoke about his future plans to compete at the 2018 Arnold Classic Australia and his prep leading up to the show.

Another subject talked about was the bubble guts on the Olympia stage and as well the recent split between the NPC and IFBB Amateur League.