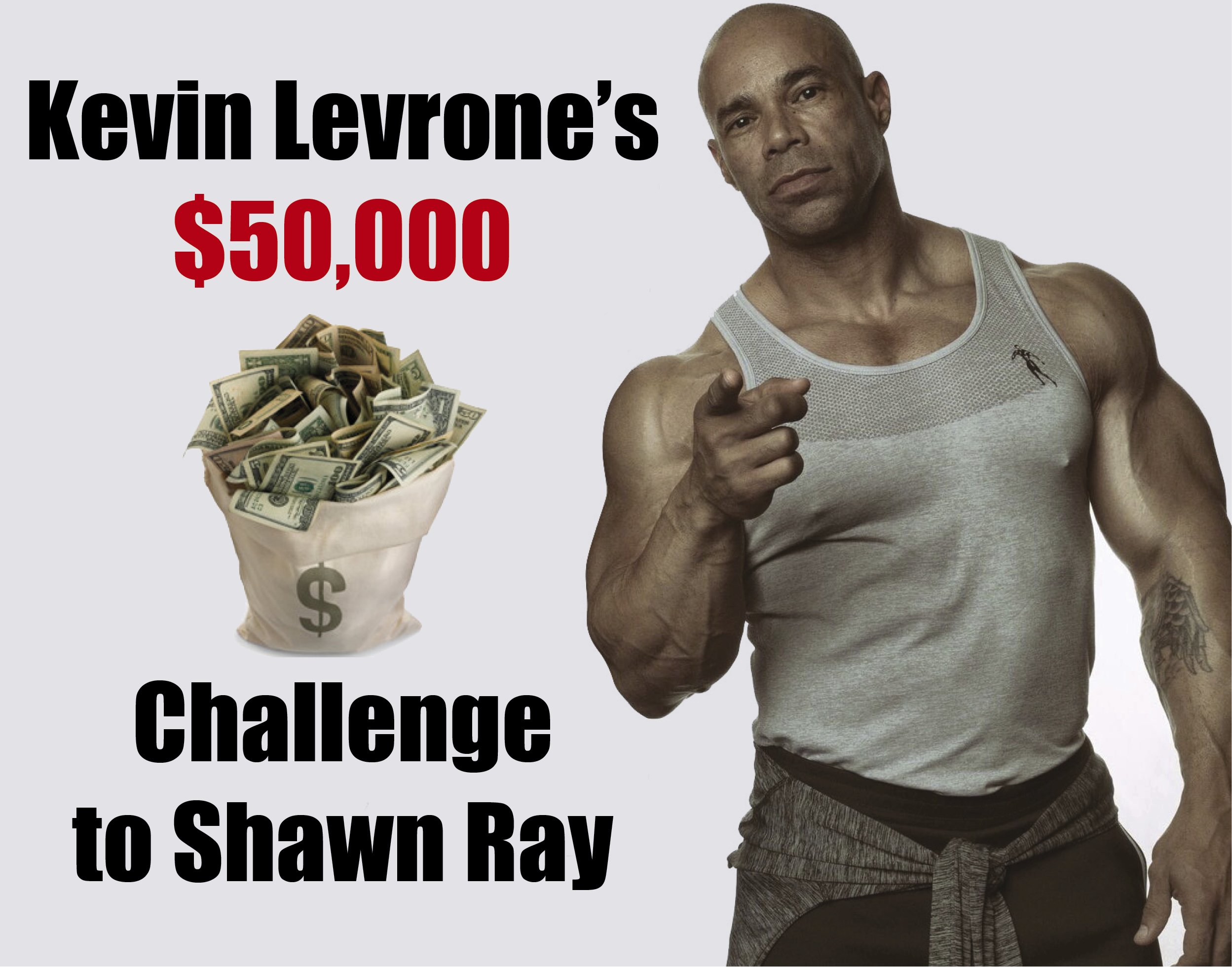 Kevin Levrone was the guest on David Baye’s new show All Access on Muscular Development.

Kevin Levrone talked about his plans for 2017 and left his fans in suspense regarding when he will be stepping on stage again.

Levrone also talked about his 2016 Olympia. He pointed out his injuries and said that no matter what, he still stepped on the Olympia stage and it is what it is.

Speaking about his health, Kevin was quick to say that he is monitoring it all the time and that he is in perfect shape.

The highlight of the show was when he took the opportunity to CHALLENGE Shawn Ray to step on stage and go up against him. Kevin went so far to put $50,000 on the line. If he wins, he will donate his winnings to charity. If Shawn wins, he gets to do whatever he wants with it.

Levrone insisted that if Shawn Ray does not take up the challenge, he should stop talking about him.

Kevin did not hold back in mentioning his critics. David Baye was also left red faced in the interview as Kevin did not leave nobody out of his criticism.

Kevin also had something to say to some of the athletes that complained about him getting a special invite to the 2016 Olympia. Kevin insisted he had the right to get a special invite. He said some of the athletes that complained should look at all his victories during his career and how many competitions he did before they speak.

Finally, Kevin was asked about Dexter Jackson. Levrone was full of praise for the 2016 Olympia Europe winner stating that he is possibly one of the best bodybuilders in the history of the sport.