New footage released by Big Ramy on his official Instagram page has surely sent a message to the bodybuilding world that he means business.

Big Ramy placed second last year to Phil Heath and at the 2018 Mr. Olympia, Heath is looking to win his eighth Olympia title.

A number of others can cause Phil Heath problems such as Shawn Rhoden, William Bonac, Dexter Jackson and Roelly Winklaar but the talk of the town is Big Ramy.

The man from Kuwait, Big Ramy is still looking to be the main threat to keep Phil Heath from winning this year.

Big Ramy has all the attributes that is needed to defeat the defending champion. He has the size and symmetry to do the job.

Many have suggested that if Big Ramy steps on stage a bit lighter and focuses on definition rather than size, he can possibly cause a major shock.

A video released by Big Ramy in July. 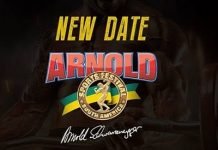 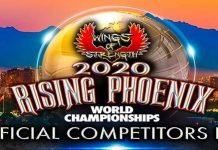