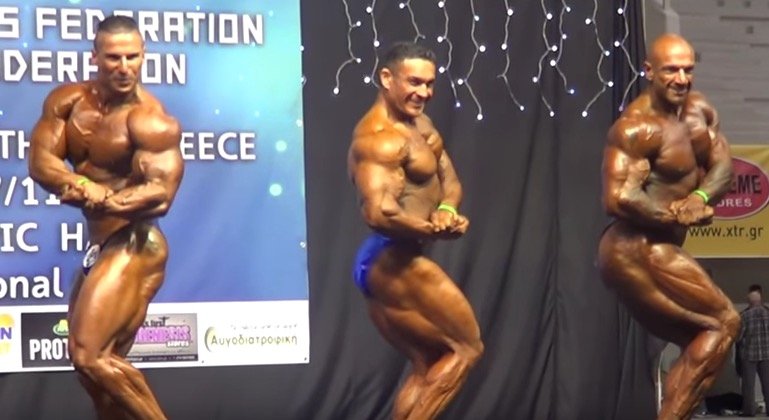 After yesterday’s big story of bodybuilder Giannis Magos flipping judges tables and ultimately slapping the shows master of ceremonies Armando Marque at the 2016 IFBB Diamond Cup in Greece, we have the footage of the posedown and overall title presentation.

You can judge for yourself if Giannis Magkos should have one or not.

Even if he did have the slightest reason to win, what he did yesterday was uncalled for and from our sources we were notified that he will get the harshest penalty from the IFBB.

Speaking to IFBB Legend Kevin Levrone after the show, he only had one thing to say – “This is why not everyone deserves a pro card, you must act like a pro before you become a pro, this in no way represents what the IFBB is about.”

As well we managed to speak to Armando Marquez, the gentleman who unfortunately was slapped very hard by the Giannis Magos. Armando stated that what he did was very wrong and he handles the situation in the worst matter. He represented himself and not the sport.

Armando also went on to say that the incident does not change his respect and love for Greece and its people. He is looking forward for more IFBB competitions in this beautiful place.

Many know Armando Marquez for the hard work and dedication that he does for the IFBB and the sport of bodybuilding. He is an MC at 90% of all the shows across Europe and the world. He is literally the face of the IFBB. What happened to him yesterday is truly uncalled for.

And the gestures towards the IFBB President Dr. Rafael Santonja… well that alone should be a life suspension!!