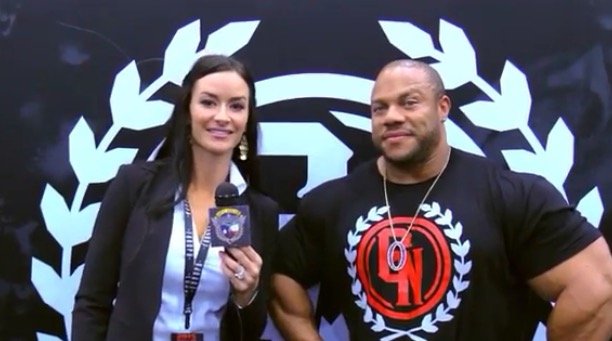 Phil took some time to talk about what he has planned for the 2015 Mr. Olympia and as well talked about some of his opponents.

During the interview, Phil emphasized the power of social media on a number of occasions and told the fans to reach out to their favorite bodybuilder or athlete… and if they don’t answer they should come to him as he will answer them.

On the subject of social media, love him or hate him, Phil Heath has been very busy with his social media recently regarding his comments on Arnold Schwarzenegger. Phil has got a lot of negative and a few positive feedback… but all this means more promo for Phil.

Getting back to his interview, another point that stood out was when Phil was asked about his opponents. Obviously he said that he has great respect for Kai Greene… but Kai is not the only competitor.

As many thought the former Mr. Olympia winner, Dexter Jackson was passed his prime, this man has proven many wrong as he still can take on anybody half his age.

Dexter Jackson is still looking in great shape and could possibly be the look that the judges are looking for if the judges do take in consideration the comments from Arnold Schwarzenegger.

This is the question that the judges need to ask themselves.

As well, if the judges want to put bodybuilding in a totally new direction they can look at Big Ramy. The same scenario happened when Dorian Yates took the stage and when Ronnie Coleman took the stage.

Phil mentioned that he wants this to be his best Olympia as he wants to be the first bodybuilder to win five in a row since Ronnie Coleman.

It will be a great battle, with Phil having everything on the line… his title and his reputation.