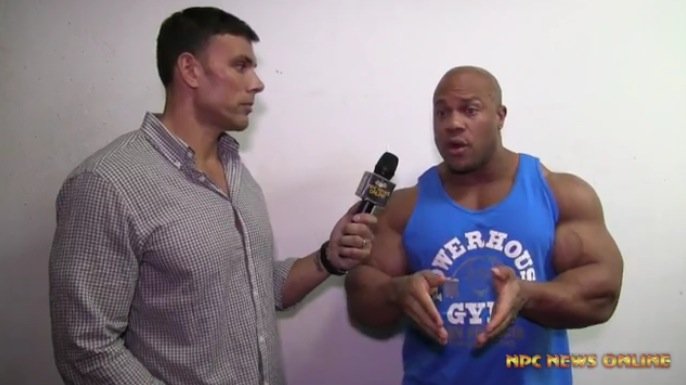 As you all know, we have been covering in detail all the events following the comments of Arnold Schwarzenegger regarding the extended mid-section.

Basically, Phil Heath said this subject has been discussed for over 10 years by Jim Manion.

He made it a point to say that, if it is an invitational, why is the Arnold Schwarzenegger camp inviting these athletes who they know have this problem.

Phil Heath’s solution was that, the athlete should send some photos of his condition a couple of weeks before the show for a committee to decide if that athlete should compete in the show.

Phil thought the judging at the 2015 Arnold Classic USA was fair, and Dexter was the rightful champion.

When asked by NPC News Online‘s Frank Sepe why he never competed at the Arnold Classic USA, Phil Heath paused with a smile and basically said he was never invited.

Saying this, one of the main reasons that he is not invited is because of the prize money. Looking at the camera, Phil Heath said “would you work 50hrs a week for half the wage?” Phil continued saying that he is really busy to prepare for the Mr. Olympia, and starting preparations all over again in December for the Arnold Classic for half the money is not worth it.

Saying this, Phil would love to compete in the Arnold Classic USA, but he would like to see the conditions (prize money) changed.

Berry de Mey is out to prove a point