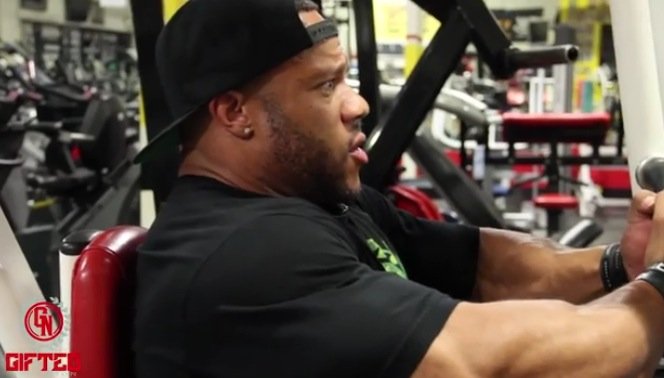 In his newest video we see 4x Olympia, Phil Heath talk about his prep, tweaks he is making to his diet and training routine, as well as his new hair cut.

But all the fun and games were put aside once Phil began his chest session and lets just the say “The Gift” looks more than ready for the 2015 Olympia. Take a look at Phil Heath train chest 7 weeks out from the Olympia in the video below.