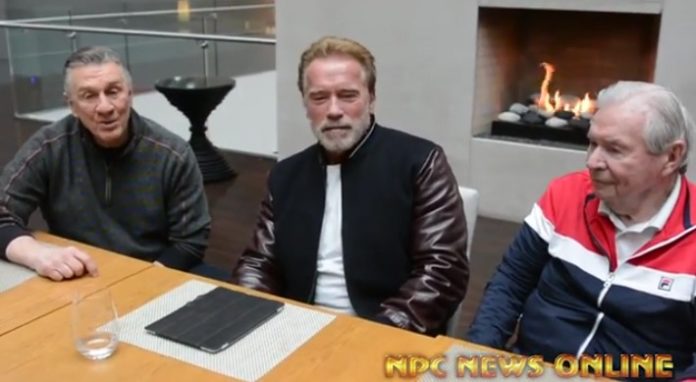 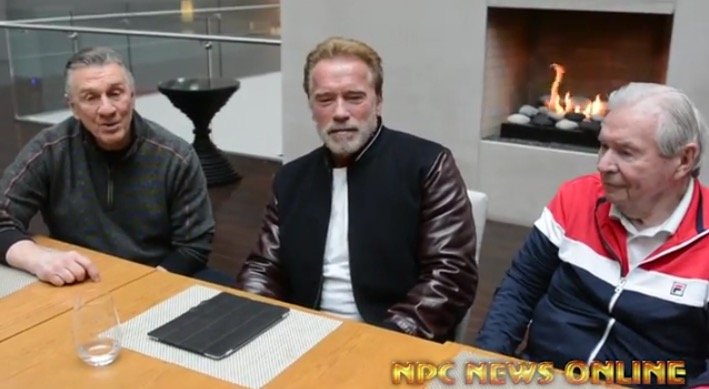 Arnold Schwarzenegger made it a point to express how he feels with the posing in modern day bodybuilding. He had some strong words to say about the subject. Arnold did mention that some bodybuilders present themselves well, but he paused and said “80% suck”.

These comments will surely not go down well with some competitors…. but in all, we believe Arnold means well.

Arnold Schwarzenegger is currently filming the revenge drama “478″ in Columbus, OH. The President Jim Manion along with his son J.M. & NPC Active Wear’s Rico Barakat made the trip from Pittsburgh, PA over to see Arnold along with Arnold Sports Festival co-promoters Jim & Bob Lorimer on 1/8/16. Arnold had filmed all night & it was raining in Columbus, so they ended up eating lunch at the film’s host hotel. A lot of IFBB Professional League business was discussed & here is one of those items.

For 2016, Exclusively at all 6 of the IFBB Arnold Classic Men’s Open Bodybuilding & Men’s 212 Bodybuilding, the posing routine during Finals will be judged as a separate Round & added to the scores.  Currently the posing routine is judged as part of the Finals.  So nothing changes in regard to the format of the contests. The only difference is there will be 3 columns of scores added together instead of 2.   It will mean some extra time for the competitors as they train for these contests to put extra work into their posing routine which in the end will benefit the competitors in displaying their physiques.