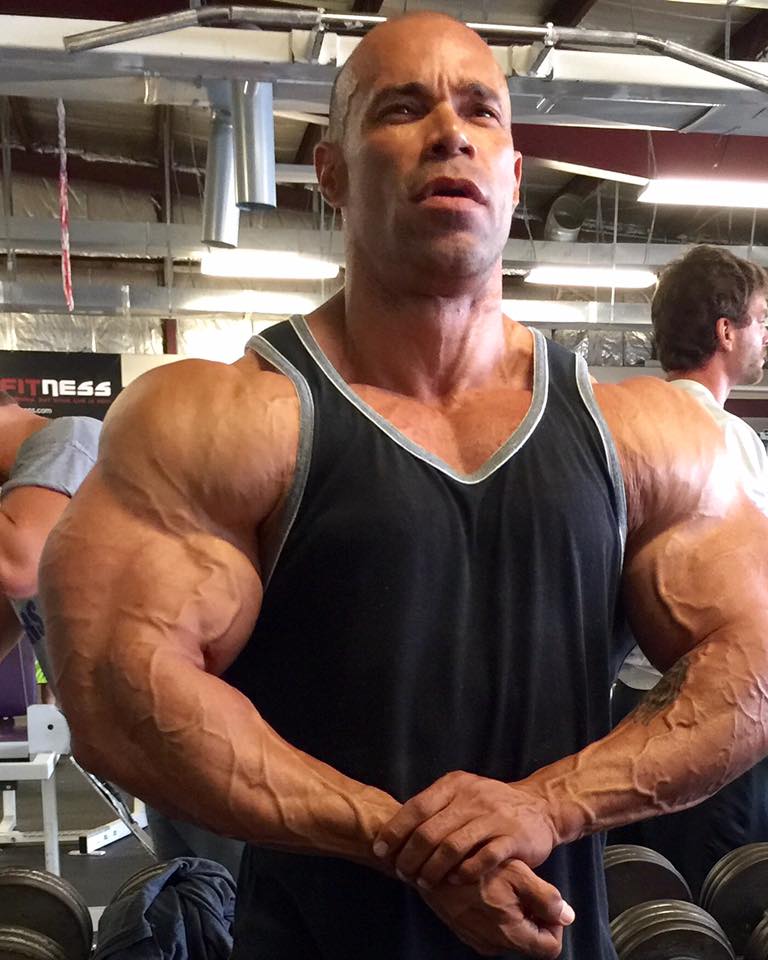 In an exclusive interview with Muscular Development‘s Bob Cicherillo, Kevin Levrone talks about his training, what he is feeling and his possible future plans.

Bob was quick to ask Kevin how he feels. Kevin was honest in saying that he does feel the muscle pain of training again, especially at the age of 52.

Levrone as well said that he is implementing new training techniques compared to 20 years ago.

Bob also asked the big question about the photo that RXMuscle released a day ago revealing Kevin Levrone’s back.

Kevin stated that people should just take notice to what he posts, like the photo he posted on Friday of his most muscular pose. A totally different look from the photo published by RXMuscle.

Kevin also talked about some of his doubters. He knows all his friends mean well when they thought he was crazy, as it is not everyday a 52 year old goes up against guys 20 years younger.

Kevin also talked about how 6X Mr. Olympia Dorian Yates made him and his fellow competitors step up to try to go head to head with him. Levrone said competing against somebody at that level was just incredible.

The big announcement from this interview was that Kevin did not shut the door on continuing to compete. Kevin did agree with Bob that it is a waste to do all this training and build all this muscle for just one competition.

Kevin is traveling to Barcelona for the Arnold Classic Europe just two weeks after the Olympia and he left the door open on the decision to compete or not.

Kevin did say that he is in discussions with Jim Manion and Robin Chang regardingif he should continue competing.

If Levrone does compete at the 2016 Arnold Classic Europe, it will turn an already fantastic show into another spectacle.

Kevin continued by saying that not all the fans can travel to the USA to see a show, so why not compete in Europe.

Levrone also revealed what made him stop professional bodybuilding when he did.

Watch the entire interview below: