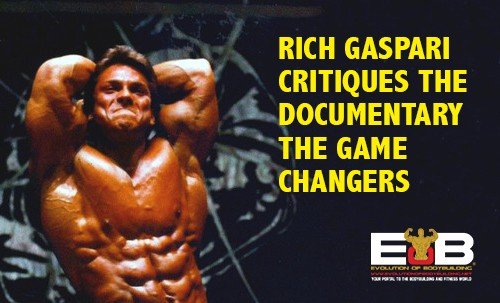 Legendary bodybuilder Rich Gaspari vented his frustration towards the vegan movement that is becoming a trend at the moment.

The promotion for vegan diets hit a new level when the documentary The Game Changers was produced.

Arnold in the film says that the idea of man has to eat meat to be bigger and stronger was just a marketing campaign.

Rich Gaspari believes that eating meat and fish is essential to having a well balanced diet.

Gaspari says carnivores have a better survival rate as they can adapt to many different living situations.

People who are on vegan diets will not be getting the essential fats that are needed to have a healthy diet according to Gaspari.

With some of the biggest names in the world of sports involved in The Game Changers, it will raise a number of questions if a vegan diet is the way forward.

Rich Gaspari explains his views in detail in the video below: 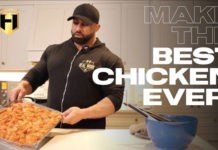 WATCH: Muscle Building Meals – How to make the best chicken ever!