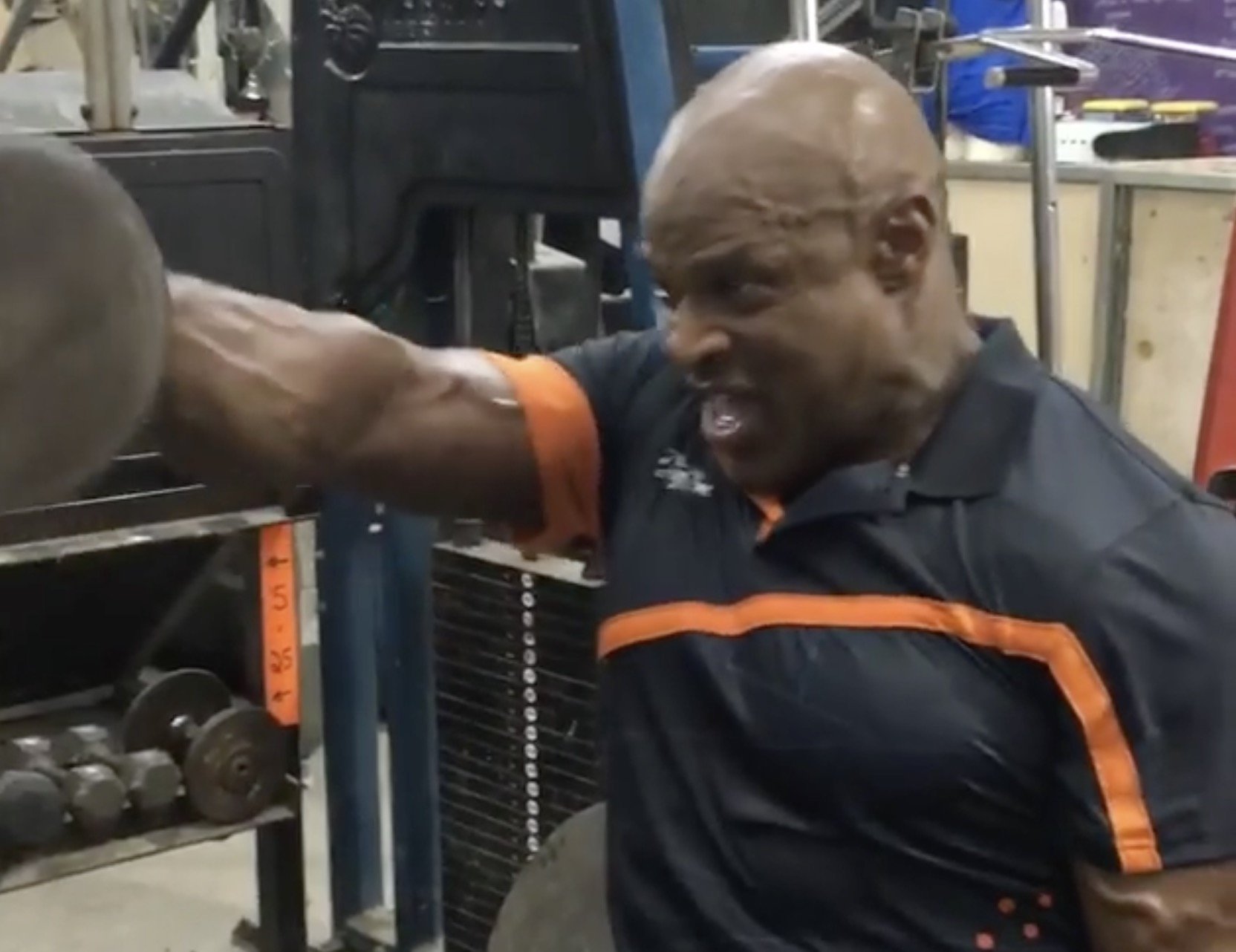 Evolutionofbodybuilding.net has been following 8X Mr. Olympia Ronnie Coleman’s progress since he had a number of major operations since retiring from the Mr. Olympia.

Coleman is seen training his shoulders and as well in another video, Coleman showing his fans what he does to keep the excess fat of his midsection. 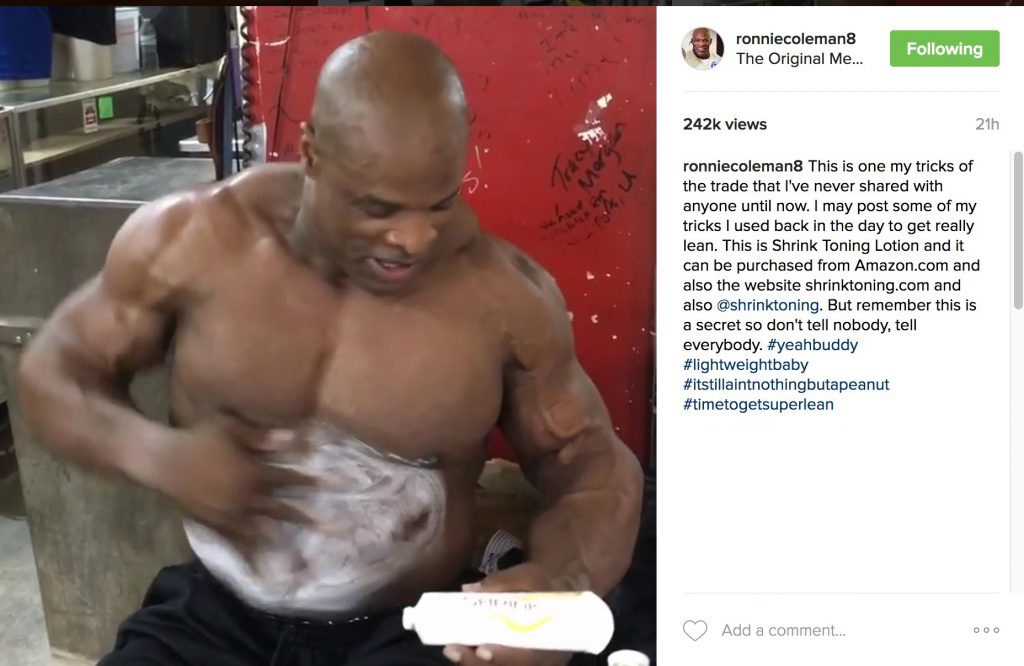 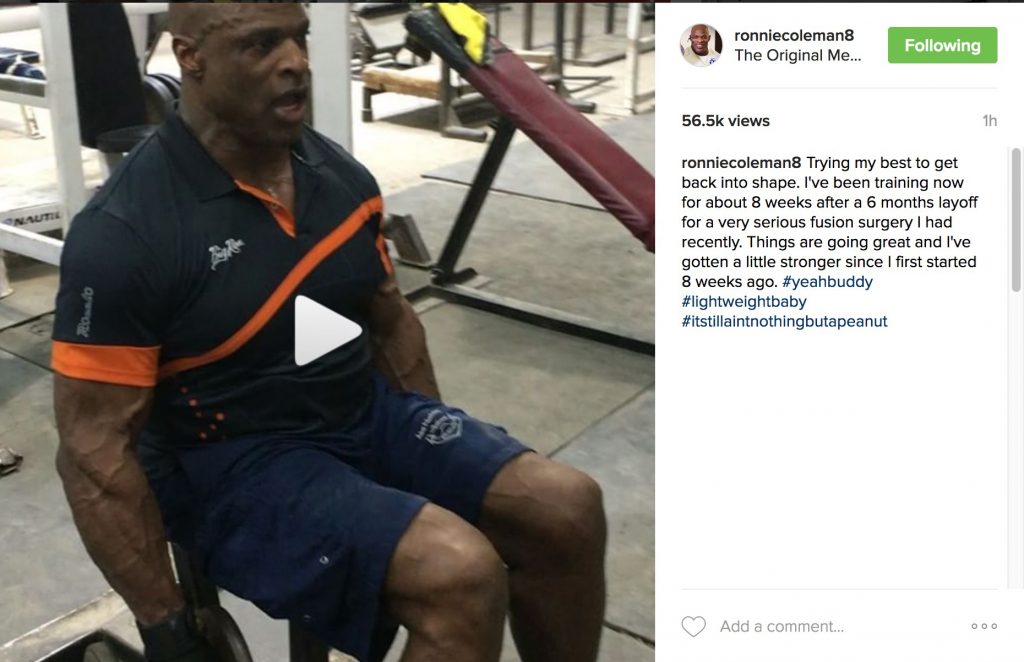