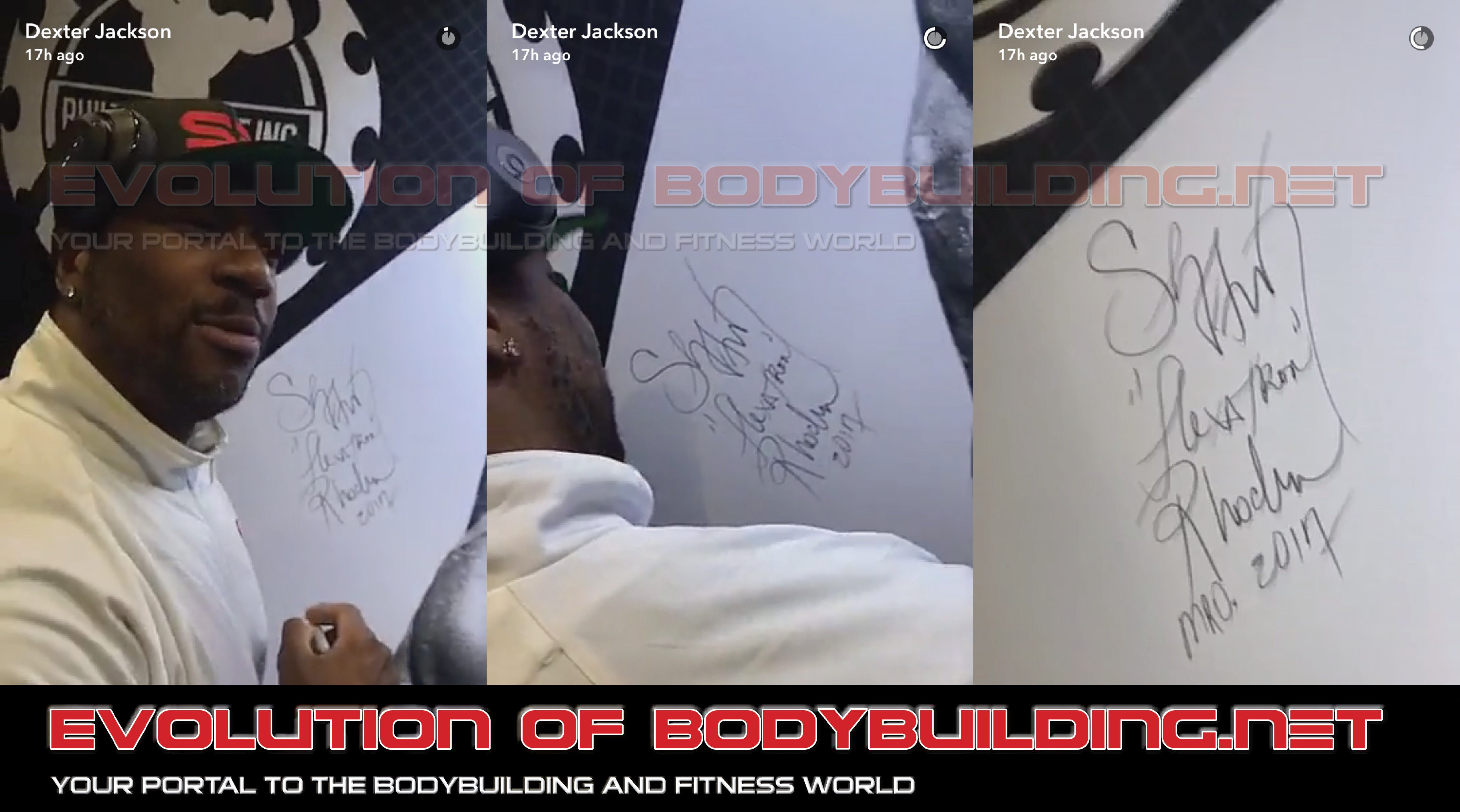 Dexter Jackson looks to be turning up the heat already for the 2017 Mr. Olympia.

The man who placed second in 2016, Shawn Rhoden visited the booth of Dexter Jackson at the 2017 LA Fit Expo.

After some photos with fans, Shawn Rhoden signed a board in Dexter’s booth.

The funny part was that Rhoden signed as 2017 Mr. Olympia. And actually said “Mr. O” after signing it.

Dexter was laughing the entire time and even called out the champion himself Phil Heath.

This is all for good fun, but is Shawn Rhoden on a mission this year to take the title away from Phil?

The last time somebody signed his name as Mr. Olympia was when Kai Greene signed a Olympia poster that way, and Phil Heath was not impressed.

Obviously the time Kai signed that was just a day before the show when tensions were running high.

We are very curious with how Phil Heath will react over this, but surely it will be with his usual smile… hopefully…