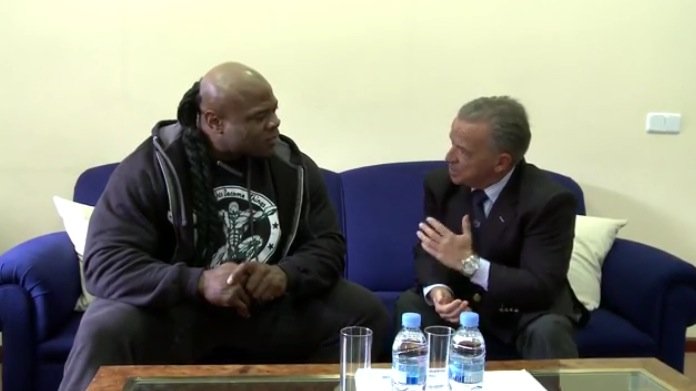 Kai Greene sent out the strongest message to prove to fans that he is still linked to the IFBB and NPC.

During an interview with IFBB President Dr. Rafael Santonja, Kai Greene gave a calm explanation about his feelings towards the IFBB and NPC.

This could throw all speculation out of the window that he is to join the new federation, NPC Global.

But in saying this, Kai Greene could still be under contract with the IFBB and it would be suicide to say that he would be moving over to the new federation.

As many hope that Kai will stay with the IFBB as he is brings in huge crowds, many questions are still not answered… even after a interview like he just did.