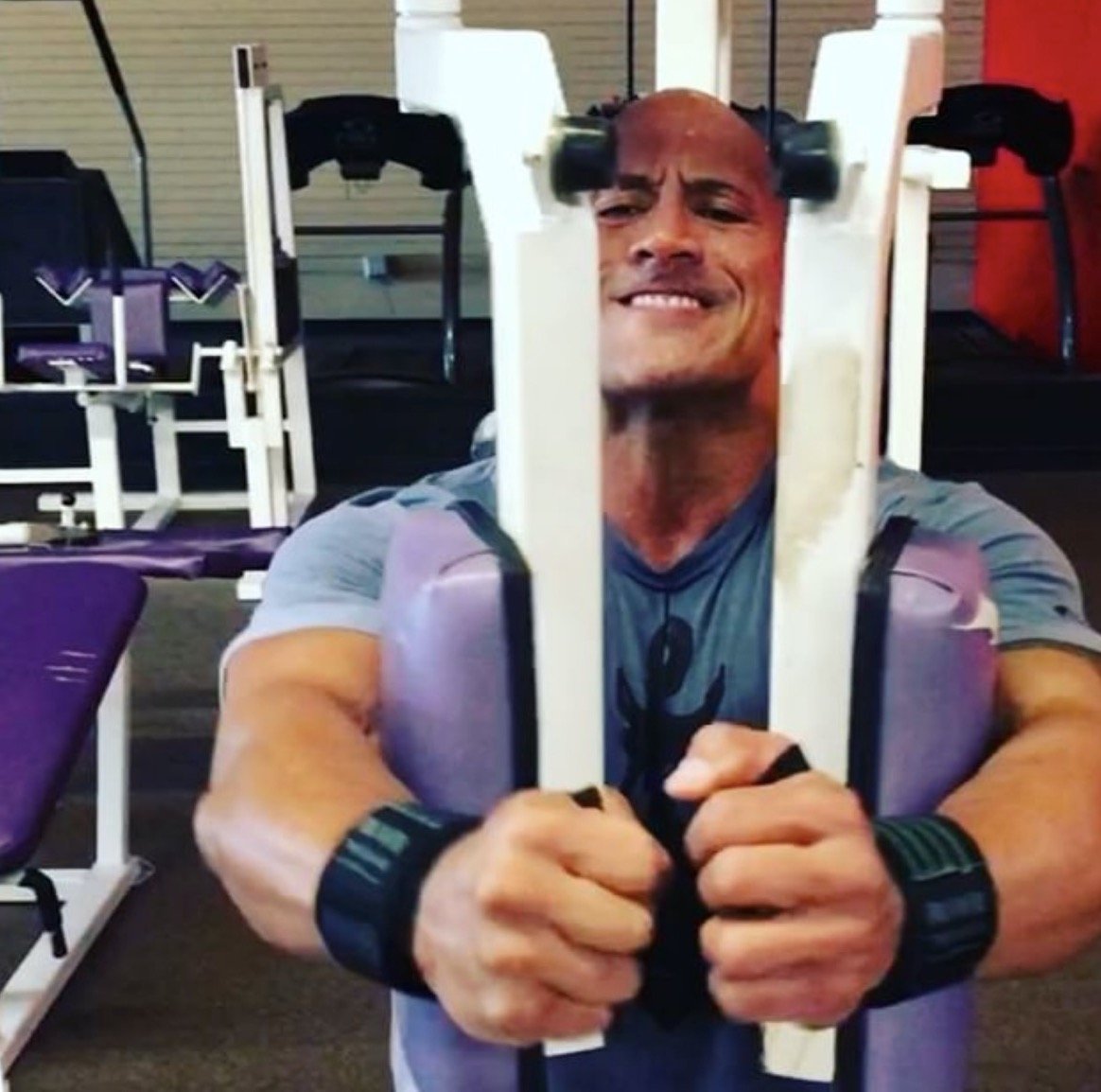 This week, Dwayne ‘The Rock’ Johnson was in Buford, a little town just outside of Atlanta.

As usual, The Rock needs to hit the gym wherever he is.

The Rock managed to find a gym called The Dungeon (MetroFlex) and the owners accommodated him to do his workouts with no distractions.

While training chest, Dwayne Johnson was using the Pec Deck machine and he liked it so much that he convinced the owners to sell it to him.

Now the machine is already at his personal gym at home.

Well, if The Rock wants something… he gets it!!

Here is what Dwayne Johnson had to say on his official Instagram page:

Killer workouts the past few weeks at The Dungeon aka MetroFlex in a little town outside of Atlanta, called Buford. When I’m on the road shooting, I’ll travel hours from wherever I’m staying just to find a hard core gym where the owners turn up the heat for me so it’s a sweat box and members respectfully leave me alone.
I’ve gotten after it at hard core gyms all around the world and every once in a while you find a very bad ass old school machine that’s no longer made like this angled “Pec Deck” that’s engineered to give your pecs a burn and pump full of blood like never before. Luv this lil’ darlin’ so much the owners were nice enough to let me buy it from them. She’s already luv’s my sweat so she’ll fit in perfectly in my #IronParadise at home!
I know.. “Pec Deck” sounds like a creepy chatroom name, but it’s better than “Pec Meat” which is my nickname every time I train chest. 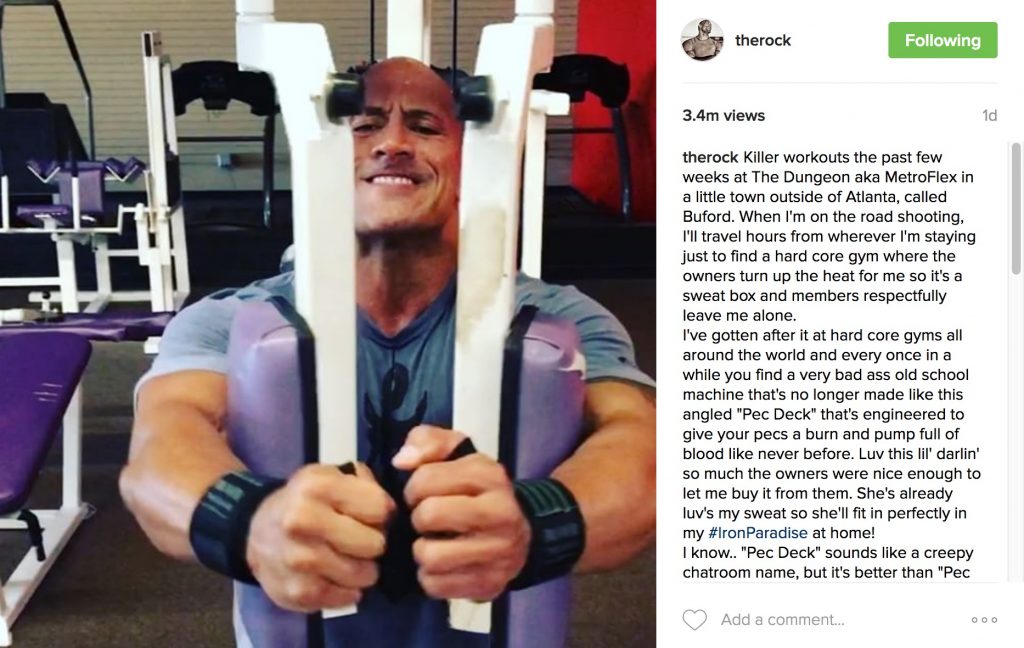