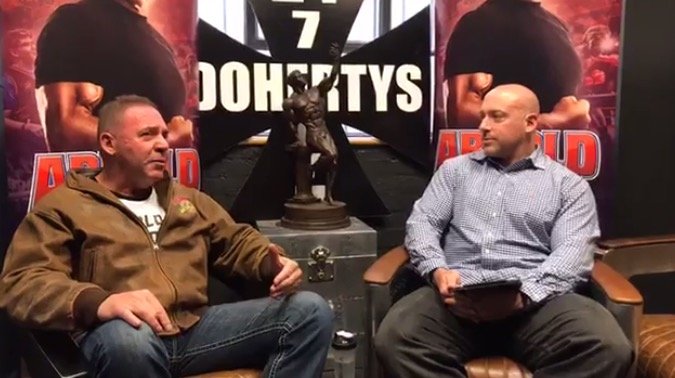 Many questions are still to be answered since the split between the IFBB Pro League/NPC and the IFBB International.

On Sunday evening (Australia time), Arnold Classic promoter Tony Doherty has made a business decision to have his show sanctioned by the IFBB Pro League/NPC.

This can be said is an obvious decision from Tony as he already has IFBB Pro athletes signed for his show next year.

Tony has been very close to the NPC as he does interview athletes for them during some major competitions.

The only major difference is that the IFBB Amateur/International will not be the amateur federation taking care of the amateur side of the show.

Tony is a gentleman and it is great he has come out and confirmed the status of the show. This gives a chance for athletes of either side of federations time to make a decision on their future.

Saying all this, evolutionofbodybuilding.net has been reporting on this split n great detail and we have had a lot of support from both sides of the fence.

The IFBB Amateur league in Australia is a very strong federation and many have showed their concern about this split and have made it a point to move forward as usual. There is still a concern on the eligibility of the judges of the NPC, since the IFBB judges go through a complex process before they are made eligible to judge.

Tony said this was a very hard decision since he is on very good terms with IFBB President Rafael Santonja.

What is still to be heard is Arnold Schwarzenegger talk about this split. As well what is still up in the air is the Arnold Classic Europe that takes place in Spain.

This season over 1,400 amateur athletes competed in this event. It is still to be seen if next season the NPC or the IFBB will run this show.

Tony also said that he respects the decision of any athlete that would like to continue with the IFBB International and win the new IFBB Elite Pro card.