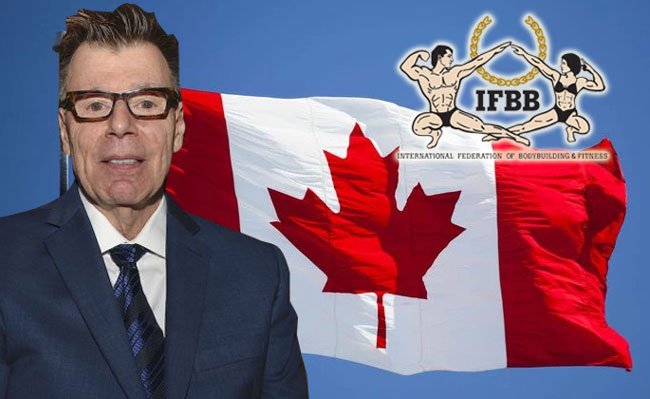 The formation of IFBB Canada and its essential new component, the Canadian Promoters Team (CPT).

The CPT is the first step in the restructuring of IFBB in Canada. The CPT will work with IFBB Canada in creating, organizing and promoting IFBB Canada events in all Canadian provinces.

The IFBB is happy to announce that the Chairman of the CPT will be Wayne S. DeMilia, President/CEO of Physique America and the person who has promoted more IFBB Pro competitions than anyone in the sport.

Wayne’s wealth of knowledge about contest promotion and the history of bodybuilding is second to none.

Wayne will oversee each competition to insure a profitable and successful promotion for each promoter.

The CPT will start promotions in the fall of 2021, with each competition selecting two athletes to represent Canada, all expenses paid, to the IFBB World Championships this coming November.

Wayne DeMilia is not a new name when we refer to the sport of bodybuilding.

Wayne promoted the Mr. Olympia contest between 1984 and 2003. The Olympia weekend was not the only contest Wayne was involved in, he practically too charge of every contest related to the pro league during his reign.

DeMilia actually started to get involved in the sport of bodybuilding in 1975 when he met the Weiders.

Things were different back then under DeMilia’s reign. The majority of Olympia events were organized in the USA, but he also organized the show in other parts of the world, such as Brussels, Sweden, Italy and Finland.

Wayne also organised the Grand Prix tour all over Europe and other parts of the world immediately after the Olympia Weekend was over. He would take all the top stars and all over the world for their very popular tour.

Running a professional sport such as bodybuilding has its challenges. Wayne did have a lot of success, but he also witnessed the dark side of the sport.

From clashes with athletes, steroid abuse and even death, Wayne Demilia had to somehow put the pieces together and continue moving forward in an environment that was becoming more complex as each year passed.