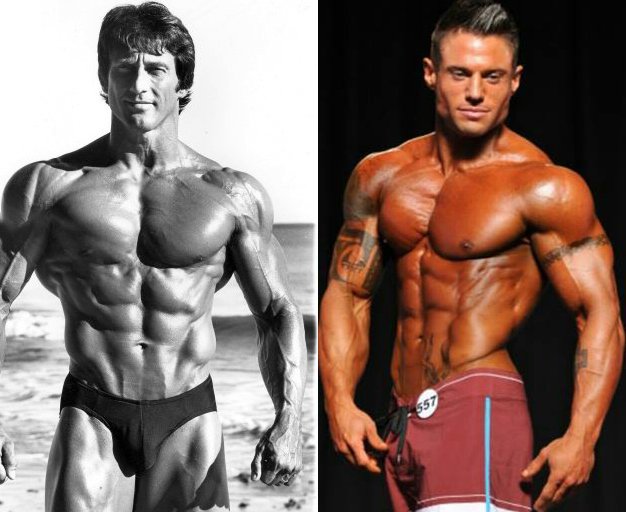 Bodybuilding today is a totally different sport then it was in the 80’s or 90’s.

The sport went from basically being a male dominated sport with the occasional female getting involved, to a sport where we can say is dominated by the female physique, fitness, bikini class and the men’s physique class.

The sport has evolved and when I say evolved it does not mean the bodybuilders are getting bigger but the bodybuilding or fitness fan wants to see a totally different look.

Today’s Mr. Olympia contest is still the main attraction each year as everybody want’s to see these amazing athletes show their incredible physiques.

But, look at the line up at the Olympia Weekend or even the Arnold Classic contest; the bodybuilders are totally outnumbered by the Bikini, fitness and physique competitors.

During the amateur and professional contest season, some contests don’t even have ten bodybuilders as the list of the bikini; figure and physique class is endless.

The reason for this change or evolution in the sport is not because nobody wants to train hard or is not dedicated, but it is showing us what the fan really wants to see.

For example the male physique competitor, these men have perfect chiseled physiques that look amazing and are easy on the eyes. They are physiques that a normal man can achieve with a good diet and a good training routine. Maybe not as cut or defined, but close.

If you had to put Frank Zane in his prime next to a physique competitor (see photo) we would surely see a close resemblance.

When Frank Zane was at his prime, as Joe Weider said on many occasions, it was Frank Zane that people wanted to see on the covers of magazines and not Arnold Schwarzenegger, because it was a more natural and pleasing look.

The female fitness and bikini class is growing to be the biggest class at each competition. It is surely dominating the female bodybuilding class, which as well is being eliminated from a number of competitions.

In the sport of bodybuilding we want to see a balanced and healthy physique, and these categories are giving us what we want to see.

The hardcore bodybuilder has to refine his or her physique to get the sharpness that was being displayed in the 70’s, 80’s and 90’s. These physiques are just getting too big and it is already becoming impossible for these athletes to get even close to what we were used to seeing in the past.

People still ask me today, why name a site Evolution of Bodybuilding? Well it is just that, it is going through an evolution and in my opinion in a good way.