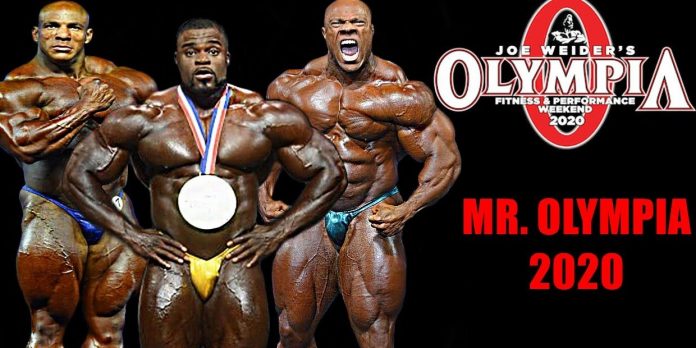 Evolutionofbodybuilding.net has been following the events in relation to the coronavirus pandemic that has crippled the entire world.

The bodybuilding and fitness industry also has been affected negatively with gyms being shutdown, contests being cancelled and much more.

Gyms have gradually started to open with a number of them having to enforce restrictions that make it very difficult to train.

Pro League and NPC events have been affected negatively. It has been a very difficult time for promoters that had to either cancel or postpone events. These dedicated promoters have taken a hit financially with all the cancellations.

Focusing on the bigger competitions, just when the coronavirus restrictions started to ease, promoters started to confirm new dates.

The open class bodybuilding and 212 division competitions, such as the 2020 Olympia Weekend and the Tampa Pro Qualifier are on schedule to take place.

An increase in coronavirus infections have hit Florida in the pass weeks and until publishing this article (18 July, 2020), Tim Gardner has confirmed that the Tampa Pro show will go on as scheduled.

With very few qualification opportunities available for the 2020 Mr. Olympia and 212 Olympia, the lineup as of 18 July, 2020 is very limited.

As of now, only six athletes can literally step on the Olympia stage, all the athletes are USA residents including Flex Lewis. Flex is a UK citizen, but he lives in the USA.

Travel restrictions to the USA are still in place in a number of countries leaving a number of already qualified athletes in doubt.

Having the runner-up William Bonac and third place finisher Hadi Choopan miss the event would be a horrible situation for the promoters.

What about the athletes fighting for qualification through the points system? Lukas Osladil (Czech Republic), ‘Big Ramy’ Mamdouh Elssbiay (Egypt), Regan Grimes (Canada),Steve Kuclo (USA), Andrea Muzi (Italy) and Sergio Oliva, Jr (USA) are all candidates to qualify if there are opportunities available.

The international athletes can try their luck to qualify for the 2020 Mr. Olympia at various international events scheduled to take place in various countries.

Looking at the 212 division, defending champion Kamal Elgargni lives in the UK, but he should have no problems travelling to the USA. The other confirmed athletes that can compete are Derek Lunsford, Shaun Clarida, John Jewett, David Henry, Guy Cisternino Jr. and Hidetada Yamagishi.

Hidetada represents Japan, but he lives in the USA.

212 qualified athletes that are still in doubt are Ahmad Ashkanani and Angel Calderon.

Hopefully the Tampa Pro event will take place in Florida at the end of July. A number of high profile athletes are looking forward to this competition to try to earn their 2020 Olympia qualification.

All eyes will be on Hunter Labrada making his pro debut at this show.

It cannot be denied that Olympia Chief Officer Dan Solomon and owner Jake Wood are doing everything possible to make sure the 2020 Olympia Weekend takes place.

A number of athletes have been rumored to make a return to the stage.

7X Mr. Olympia Phil Heath had to take some time off after being dethroned by Shawn Rhoden in 2018 to have major surgery to correct an abdominal injury.

Shawn Rhoden could not defend his title in 2019 due to legal problems and being suspended by the Pro League until he clears his name.

Kai Greene has been playing with the minds of athletes and promoters with hints of a return to the stage in the past few months.

Looking at these three athletes, only one really can make it to the stage and that is Phil Heath.

Since his surgery, nobody has seen Phil Heath’s physique without a shirt. While Phil is still walking around with a physique that looks like he can win his title back, many still doubt that he can actually do it.

Pound for pound, Phil is the winner on paper when many compare him to defending champion Brandon Curry.

Taking nothing away from Brandon, he is the defending champion and respect must be given to the 15th man to win the Olympia title in its 56 year history.

As every bodybuilding fan knows, defeating a defending champion is a very hard task on the Mr. Olympia stage.

Only a few have defeated a defending champion in the 56 year history of the Mr. Olympia contest. Arnold defeated Sergio Oliva in 1970, Jay Cutler defeated Ronnie Coleman in 2006, Dexter Jackson defeated Jay Cutler in 2008 while Jay Cutler won his title back in 2009. Finally Shawn Rhoden dethroned 7X Mr. Olympia winner in 2018.

With the possibility of Phil Heath returning to the stage, it would be one of the most exciting Mr. Olympia contests in a number of years.

We would have four Olympia champions fighting for the title. Brandon, Dexter, Phil and Flex Lewis.

What is interesting about Phil Heath being added to the list is that neither the Olympia promoters or did Phil Heath make a big announcement about this.

Hopefully the restrictions will ease in the next few months and the athletes will have the opportunity to travel to the USA to compete the the Pro League’s biggest event of the year.

Log on to olympiallc.com to purchase your tickets now.