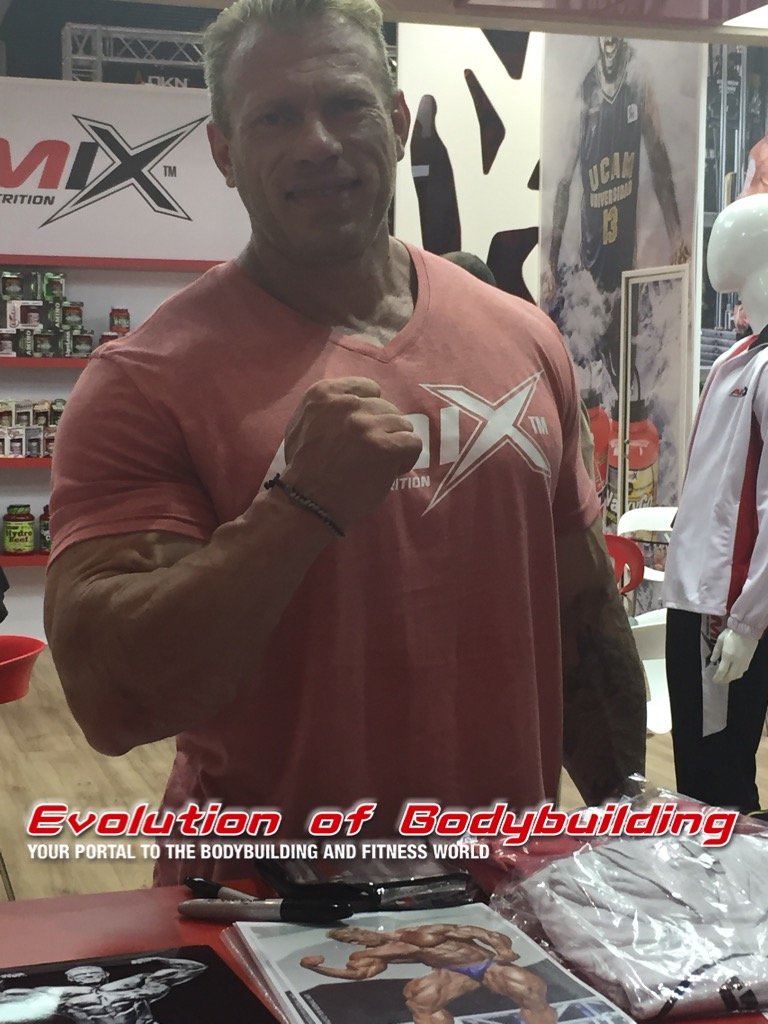 Dennis Wolf has always been a fan favorite. His presence on the IFBB stage is greatly missed.

The big German had to have a serious operation after the 2015 Prague Pro Show to deal with a problem in his neck regarding some fragments of bone.

Since then, Dennis Wolf had to skip the entire 2016 season and it looks as the 2017 season as well.

Dennis is not completely gone from the sport. He does make appearances at all the major bodybuilding contests at the stands of his major sponsors meeting all the fans.

Dennis Wolf always looks to be in good spirits, but is this the way he wants to end his career?

The documentary is about the events after Dennis Wolf had his operation. You can see the amount of size the 2014 Arnold Classic winner lost. We are basically looking at a smaller Dennis Wolf, something we are not used to.

Many questions still are being asked about Dennis.

Is he completely recovered from his Injury?

Will he ever compete again?

Even is Dennis Wolf competes again, many new athletes have made it to the stage with a bigger look. How will Dennis compare with them? or how will the judges look at Dennis if he ever comes back?

Training is another major factor. Dennis Wolf is known to hit the gym at 100%. His workouts are truly hardcore. Will he be mentally ready for this after going through the trauma of dealing with an injury?

From a top five bodybuilder, Dennis could easily fall down the placings and contemplate if he should continue.

Walking away from the IFBB Pro stage for an amount of time and making a comeback is a very difficult task. Of course the fans will love it if Dennis makes it back, but at the end of the day the results count.

Hopefully we will get some news from our favorite German bodybuilder and see him back on stage.