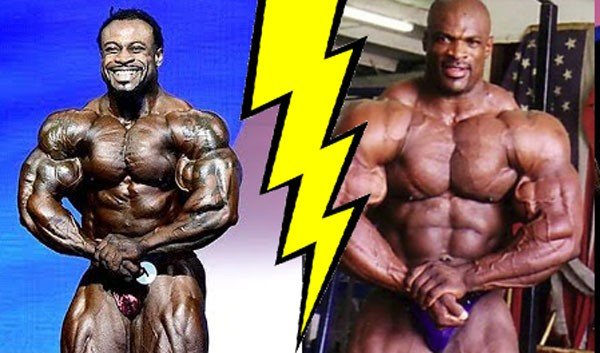 WATCH: William Bonac fires back at Coleman over his recent comments.

Ronnie Coleman caused some controversy when he was interviewed by Patrick Bet-David on his popular Youtube channel.

In a length interview, Ronnie Coleman answered questions about his professional bodybuilding career.

When Coleman was asked to compare the 90’s bodybuilders to the modern day bodybuilder, Coleman’s answers turned out to be very controversial.

Here are some of the quotes from Ronnie Coleman:

“I don’t see it. They wouldn’t make the top 5 (if they competed in my day). Conditioning is not the same. Look at those guys. I mean, nobody looks like they’ve been on a diet, like a real diet diet. Nobody looks in shape.”

“They look okay, you know. You put them next to guys like me, Flex, Kevin, and Shawn, guys like that, you’re like ‘Woah that’s a big difference. They wouldn’t beat any of the guys I faced.”

2019 Mr. Olympia runner-up, William Bonac was not impressed with the comments Ronnie Coleman made on the modern day bodybuilder.

William is known for not holding back when he was to express his opinion against another person or athlete via his social media.

Bonac believes that Coleman is not showing respect to the modern day bodybuilder and even athletes in his era looked horrible.

“I still don’t think that he should say that, you know?” Bonac said. “Especially coming from that kind of man, with a status like Ronnie. He’s the GOAT, and he did a great job. Of course, (he has) free speech, but sometimes you got to be careful with the words that you bring out.”

“Like I said, it’s a different era,” William Bonac continued. “Like Brandon (Curry), if Brandon was in his era, he would have done maybe the same thing that they did. Brandon could have come even better, Brandon could have won the Olympia nine times, instead of eight times. So it’s a different era. If Ronnie came in our era, he would step up to our game. If the guys, like he says, don’t train hard enough, he wouldn’t train hard enough. Why would he, because nobody’s training hard enough.”“It’s his opinion, and I don’t agree with it,” Bonac went on.”

“Not just because I’m in this era. I love back in the old school. I love it. If you want to go that way, look at all those guys. People say ‘look at the standard guts,’ and blah blah blah, but really? Go back in time. I see a lot of those guys with a big belly.”People will always say their era was the best,” Bonac concluded.