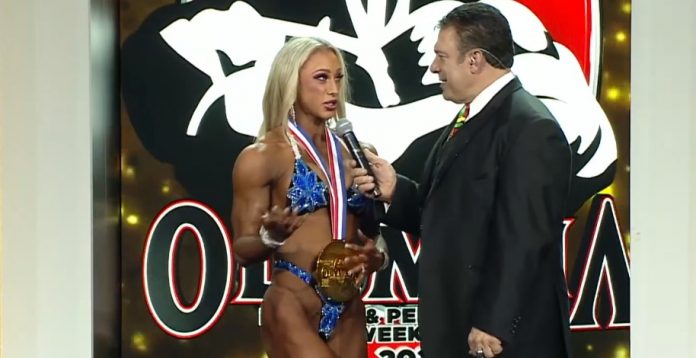 Missy Truscott caused what would be one of the biggest upsets at the 2020 Olympia Weekend.

Missy defeated 2018 and 2019 champion Whitney Jones and four time winner Oksana Grishina, who returned to to the competition stage.

Originally it was read that the returning champ Oksana Grishina won the title, but after some shuffling it was revealed that there was an error. At the end, it was Missy Truscott who was given the first place honors, much to the surprise of fans.

Truscott was followed closely behind by Grishina in second and former champ Whitney Jones looked a little off as she scored third.