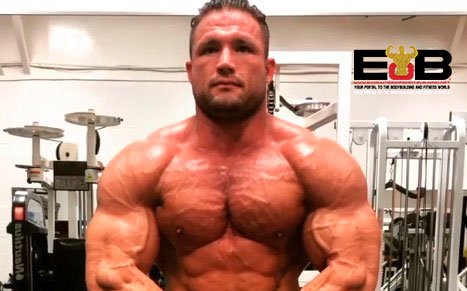 Zane Watson on track to step on stage.

Canadian professional bodybuilder Zane Watson is a fan favorite on the pro circuit.

Watson had a very successful 2019 season competing in the 212 Division of the NPC/Pro League.

Due to the coronavirus threat, the majority of pro bodybuilders found it very difficult to train since their gyms were closed.

Training at home might help keep a physique for a few days, but when it last longer, size will definitely be lost.

This is good news for some of the top bodybuilders as they can get their season back on track.

While a number of bodybuilders are trying to catch up, Zane Watson has been working in silence at his home gym.

Zane’s home gym is fully equipped to cater for any world class bodybuilder.

Zane has not competed in the 2020 season, therefore he still has not registered any points that go towards Olympia qualification.

With the shows remaining, Zane has a great chance to earn his qualification if he steps on stage with the condition we are accustomed to see.

In a recent post on his official Instagram page, Zane revealed a physique that is just a few weeks from being contest ready.

Evolutionofbodybuilding.net‘s Kevin Grech reached out to Zane and asked him if this footage is recent.

Zane confirmed that he made the video about a month ago in April.

If Zane does compete in 2020, we can surely expect an extremely defined and vascular physique accompanied by a fantastic posing routine.

One of the best posing routines we have seen in recent times. Well done to Canadian IFBB Pro Zane Watson!! Fantastic footage from TEAM-ANDRO.com.Follow us on Instagram –> @evolutionofbodybuildingFollow us on Twitter –> @evbodybuilding

Posted by Evolution of Bodybuilding on Sunday, March 5, 2017